Some of the Wethepeople team recently took a trip to Sicily to see just what the place had to offer! Although it doesn’t sound like the place had a ton to offer for spots, the entire crew were able to crush every spot they did come across and ended up with this dialed BMX video! Check the highlights above!

“Sometimes you make a gamble and it pays off. Sometimes it doesn’t. Wethepeople’s Mike Curley, Ed Zunda, Jordan Godwin, and Mo Nussbaumer had seen the Italian island of Sicily pop up in quite a few skateboarding videos recently so in January they decided to see what the island had to offer for two wheels. Well, it didn’t go quite to plan – spots were minimal and the guys spent almost every evening on google maps and skate apps trying to find things, at one point Mo got excited because he found a manny pad… it was definitely slim pickings. Every day was spent searching and for such a battle the video actually worked out really well! Curley comes through with some of that signature tech, Mo with the grind tailwhip game on point, Godwin with a juicy old hard 3 and more… and Zunda with that effortless control. Good job lads!

Matt Poteet sent through his latest People Are Awesome compilation BMX video for your viewing pleasure. This time around his focuses on BMX street with a ton of amazing footage from a bunch of different videos crammed into one. Check out clips from Garrett Reynolds, Dakota Roche, Dan Lacey, Stevie Churchill, Alex Kennedy, Zack Gerber, Brad Simms, Chad Kerley, Mike Curley, Sean Ricany and more. There’s a good chance you have seen a lot of these clips, but there’s also a good chance you might have missed a few or forgot about them. Either way, this is a real good watch from start to finish, so take a look!

END_OF_DOCUMENT_TOKEN_TO_BE_REPLACED 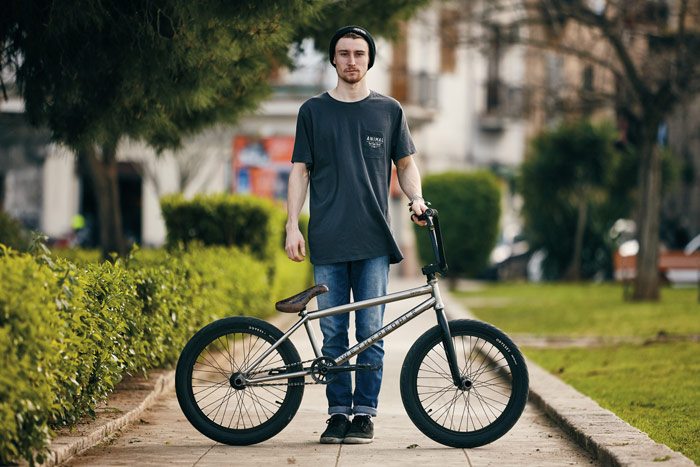 Wethepeople caught up with Mike Curley to take a closer look at his fresh new Wethepeople Clash setup that he’s running these days decked out with Odyssey parts from top to bottom. We’re not quite sure where that nose manual button is, but we’re sure this is one dialed unit. You can check out the full bike check with a full parts list and more photos here: Mike Curley Bike Check

Want to see more bikes? Check out these Bike Checks.

END_OF_DOCUMENT_TOKEN_TO_BE_REPLACED

Wethepeople have uploaded Mike Curley‘s section from the “LIT” video online for your viewing pleasure. As always, Mike brings some amazing style filled with nose balance, plenty of grinds and more! Hit play and enjoy!

END_OF_DOCUMENT_TOKEN_TO_BE_REPLACED

Time flies when you’re having fun… Another year has gone flying by and we’re about to wrap 2015 up. Check out this video Tom Pickup put together featuring Danny Crook, Sam Jones, Mike Curley, Brad Thomson, Jake Bailey, Josh Newbold and Matt Ashworth all putting in work on their bikes, at the bar and more recently and over the course of the rest of the year!

“Video made up of a few sessions over the Christmas period swell as some party’s and footage I’v had lying around.

Shot and edited by: Tom Pickup

END_OF_DOCUMENT_TOKEN_TO_BE_REPLACED

You know you’re in for a treat when a new Mike Curley BMX video drops! Here’s a fresh one for Wethepeople and Frayed that is packed full of killer lines that mix Mike’s crazy manual and nose manual balance in with grinds, whips and freecoaster action. Add in some really good film work and you have a video that you cannot pass up!

“Wethepeople’s Mike Curley hit the road between the east and west coast in the north of England stopping off at some prime spots along the way. Mike is well known for his bike control and some of these clips solidify that heavily, especially some of those crazy nose manual combos.

END_OF_DOCUMENT_TOKEN_TO_BE_REPLACED

Our friends over at IMG Distribution just hit us with a Mike Curley video Bike Check giving us a closer look at his current Wethepeople setup that is decked out with Odyssey parts! This bike is damn clean and the riding clips in this are damn good, especially those last two clips… Talk about some serious grind balance! Hit that play button and get a closer look at this BMX bike!

Filmed and edited by Tom Pickup

END_OF_DOCUMENT_TOKEN_TO_BE_REPLACED

The same guy that has been putting out the Instagram compiltions for a ton of pros is back at it again. This time he has compiled all of Mike Curley‘s best clips from this summer and made one hell of a BMX video. Mike is an absolute machine on whatever he rides. This video is packed full of park and street clips with a ton of grinds, nose balance and lines brining everything together! If you’re into street riding, this is a BMX video you can’t pass up!