Mirco Andreani made the move to Barcelona, Spain a few years back and he’s been crushing spots around the city ever since. Here’s his latest batch of clips that he has collected over the course of 2017! Mirco brings a bunch of grinds and jibs to spots all over the city, keeping things interesting from start to finish! Enjoy!

“Italian rider Mirco Andreani is a bcn local after some years living and enjoyin it what the meca has to offer .
Film and cut Santi A.
Barcelona 2017”

Mirco Andreani goes to work on street spots in Barcelona for Federal Bikes.

The endless stream of videos coming out of Barcelona, Spain continue! Federal Bikes have released this new BMX video featuring Mirco Andreani going to work on the city’s streets. This one has a pretty chill and laid back vibe due to the music, but don’t let that fool you… There’s plenty of heat in this one from start to finish! Get on that play button to soak up all the spots, grinds and more!

“Mirco Andreani rides the streets of Barcelona for his new Federal Bikes 2017 edit.

Here’s a fresh batch of clips featuring a Mirco Andreani, Quique Rico, Diego “Mono” Navarro, Mauro Valencia and Santi A. out cruising spots around Barcelona, Spain so far this year. With a line up like this, you should already know these guys came through with a bunch of real solid clips on some unique spots you don’t always see in other videos from the place. Get on that play button and take it on in!

Federal Bikes coming through with a phenomenal new video featuring some of their crew getting down in the Czech Republic! This video is 13 minutes of amazing film work, dialed spots and some damn good riding! If you only watch one BMX video today… Make it this one!

Here’s a rad BMX video from a trip through Malaga and Barcelona, Spain and Paris, France! Hit play to check out a bunch of damn good riding from Luke Jackson, Haitam Taqy, Hernan Rimoldi, Augustin Gutierrez, Mati Lasgoity, Diogo Santos, Mirco Andreani, Dian De Medeiro and Mauro Valencia who all put in some heavy work on the streets! Awesome riding, great spots and some dialed film work! You can’t go wrong with this one!

END_OF_DOCUMENT_TOKEN_TO_BE_REPLACED

What’s the best thing to do when the winter hits? Well, there’s probably a lot of good things to do, but you can’t go wrong with heading to Barcelona, Spain! Mirco Andreani spent his winter in Barcelona cruising the spots, staying warm. Check out this fresh video filled with clips he collected during his stay. If you’re looking for grinds and freecoaster action, this is the one you’ll want to check out!

END_OF_DOCUMENT_TOKEN_TO_BE_REPLACED

The Ciao Crew recently decided to load up and make a trip from Germany to Barcelona, Spain for some better weather and dialed spots. Here’s a 13 minute highlight reel giving us a look at some of the action that went down during the trip. It looks like these guys were rolling deep every day and it lead to one dialed BMX video, that’s for sure! Hit play and enjoy!

“I’m not sure who first came up with the idea of spending the week before and after Christmas in Barcelona.
As soon as the first flights were booked the crew suddenly grew up to about 12-15 germans from the Cologne, Essen and Frankfurt area.
Being on different schedules and staying all over the city some days it would be harder to meet up than others, but it all worked at the end.
Not planning to film anything specific before we quickly realized it would only make sense to do one video together.
Thanks to everyone who helped us while we were out there, especially Diogo Santos, Simone Barraco and the relax association shop.” – Bruno

If it’s blocked in your country, you can watch the video RIGHT HERE

END_OF_DOCUMENT_TOKEN_TO_BE_REPLACED 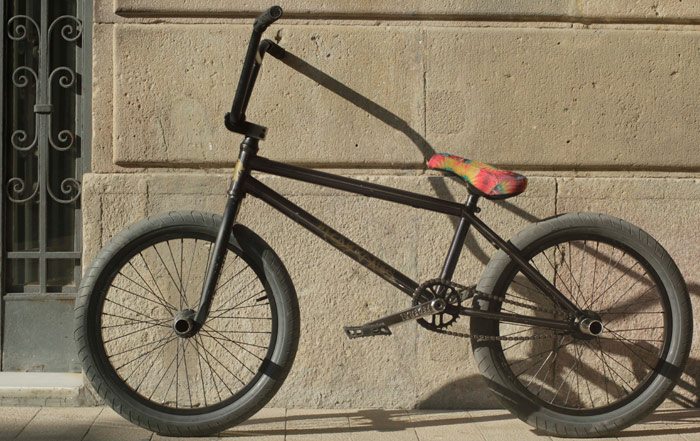