Fiend’s Canadian connect has a new one to check out!

After spending close to two years stacking clips, Greg Jean‘s new one for Fiend and OGC BMX has arrived. Hit play for grinds, huge wallrides and much, much more from spots around Quebec and Montreal! No shortage of heat to check out in this one!

“This video was filmed through the year 2020 and 2021, a collaboration between me and long time homie Antoine Beaulieu (@barb_boss) . Cruising around, finding new spots, getting some clips, sometimes not, JUST DO YOU was brought to life after two years of laughs and blood. Filmed mostly in Quebec and Montreal.

Major thank you to OGCBMX, FIENDBMX and Mathieu Perfomance Bike Shop in Qc for keeping me rolling. Also everyone who follows and support HOTANDCOLDBRAND.
– Greg Jean

Fiend‘s connect up in Canada through OGC BMX coming in hot with a fresh video. Grg Jean spent the past year working on this one stacking clips over the course of two summers and a winter. Greg puts his pegs to heavy use on every ledge and rail in sight for this, so get on that play button and check out what he cooked up for you.

“We filmed this video back in summer 2019 and we had nothing in mind but riding and have fun. I think that’s what I like the most from bmx street. It’s not about being the best, it’s more about creating good moments. That’s what this video was about.

Would like to thank, OGCBMX, FIENDBMX, and Mathieuperfomance bike shop in Quebec for their constant support. Also everyone who support @hotandcoldbrand. We just started the brand and looking forward to contributing to the bmx community. Cheers” – Greg Jean 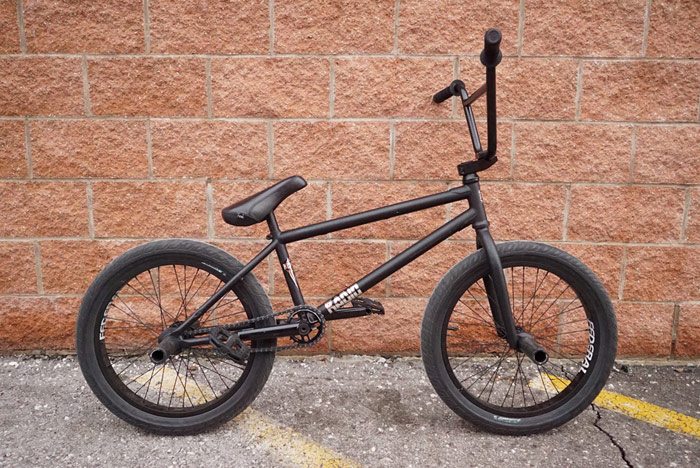 END_OF_DOCUMENT_TOKEN_TO_BE_REPLACED

Federal Bikes connect in Canada through OGC BMX, Ryan Eles coming through with some serious heat for you guys to check out from the streets. Watch as Ryan puts his pegs and freecoaster to heavy use slaying rail after rail and ledge after ledge. Dialed BMX video from start to finish!

END_OF_DOCUMENT_TOKEN_TO_BE_REPLACED

Check out some of the OGC BMX crew throwing down during some time they spent at Le Taz skatepark in Montreal! The OGC BMX team is pretty stacked, so you better believe some damn good riding went down. Take a look!

“Some of the OGCBMX squad were in Montreal for the TAZ Pro/Am presented by WETHEPEOPLE this past weekend and put together this quick edit during a session at the infamous Le Taz.
Featuring:
Dillon Lloyd – WTP/Eclat
Joel Fortin – Merritt
Ryan Eles – Federal/ Eclat
Zach St Clair – OGCBMX
Spencer Ryan – Radio
Huge thanks to the Taz for making this happen.
OGCBMX.ca
OGCBMX proudly distributes WETHEPEOPLE, Eclat, Fiend, Merritt, Federal, Radio, Salt, Salt Plus, Fuse, Bell helmets and Redline in Canada.”

Eli Taylor is now doing it for Fiend up in Canada through OGC BMX! Check out this BANGER of a BMX video that just dropped bringing the news! The first clip is absolutely INSANE and it just keeps getting better. Must See for sure!