It’s a well known FACT that you cannot go wrong with some Kevin Porter footage! Especially when it’s footage like his section in the 2002 release “Salvation” which features some true “classic Kevin Porter riding” like crazy lines with crankflips in and out, spins galore and plenty of style. This is one BMX video we suggest you hit that play button on! Shout out to Snakebite BMX for uploading this gem!

END_OF_DOCUMENT_TOKEN_TO_BE_REPLACED

Snakebite keeping your Saturday going awesome by dropping Mike Aredelean‘s section from the “Salvation” BMX video that was released way back in 2002. This section is loaded with grind after grind from street spots, skateparks and Woodward East and you better believe it doesn’t disappoint. Check it out!

END_OF_DOCUMENT_TOKEN_TO_BE_REPLACED

Shad over at Snakebite keeping the sections from the “Salvation” BMX video that was released nearly 14 years ago already. This time around we get Matt Puorro’s section which is filled with a ton of pegless street and park riding. Matt put his big bag of tricks to good use for this video and came through with a handful of clips of stuff we just don’t see all too often. That ender is wild, too! Check it!

“Matt’s part from the 2002 Salvation video. Most of this is filmed in the Portland Or. area. Matt definitely helped push pegless riding in this section. His banger of a pegless tooth in a pool is still so gnarly on today’s standards.” – Snakebite BMX

END_OF_DOCUMENT_TOKEN_TO_BE_REPLACED

What were you doing back in 2002? Chances are, you were not crushing it on a BMX bike like Bruce Crisman. Shad over at Snakebite just uploaded Bruce’s section from the “Salvation” BMX video and it is pure FIRE. Bruce was grinding rails and riding backwards long before most of you kids and this only has a few freecoaster clips mixed in… Things really got wild once he started going full time on that. Hit play and check this out. Classic video part from one of BMX’s best.

“Bruce Crisman’s part from the Salvation video in 2002. This was after Bruce won the X-games and right before he switched to riding a freecoaster. If you look close there is one coaster clip in this section.”

END_OF_DOCUMENT_TOKEN_TO_BE_REPLACED 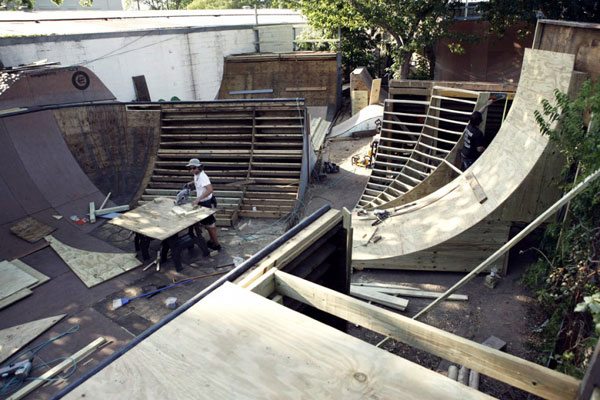 Head on over to Snakebite to check out an interview with one of the raddest dudes out there, Ryan Corrigan where he talks riding and ramp building. Ryan is one of BMX’s best ramp builders and he knows how to shred the hell out of them, too.

END_OF_DOCUMENT_TOKEN_TO_BE_REPLACED

The second podcast from Snakebite BMX Podcast is now live! This time around Shad Johnson catches up with Jimmy Levan to talk about a TON of different things from what’s new to his deep history in BMX. This is one of those podcasts you do NOT want to miss. Shout out to DIG for making this happen.

END_OF_DOCUMENT_TOKEN_TO_BE_REPLACED 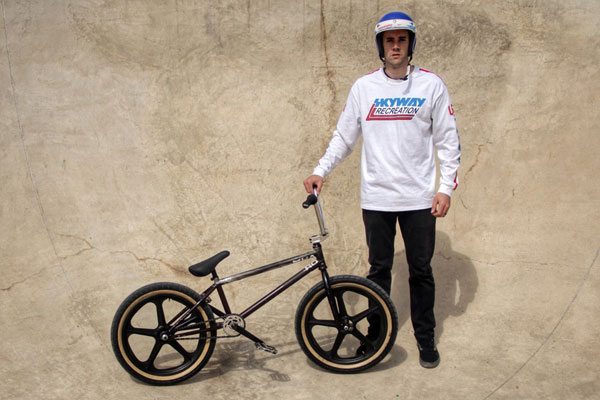 There’s a bike check with Haro‘s connect, Casey Smith, and his current setup that he’s running over on Snakebite BMX! Casey is a big fan of old school and this BMX bike is looking so good with the mags. Check it!