There’s been a constant flow of footage coming from Source Park this week and that’s not a bad thing! Here’s a little more footage for your viewing pleasure! Check out what Ben Lewis threw down during some time he spent cruising the plaza section of the park! You better believe this is grind after grind of pure goodness.

“It took Benny no time at all to get used to the new Source park and using every part of the plaza room Benny smashes the new subterranean setup in his usual manner.

END_OF_DOCUMENT_TOKEN_TO_BE_REPLACED

Keeping the flow of footage from the Source Park grand opening last weekend flowing! Here’s a raw cut DIG dropped giving you a good tour of the place, along with a bunch of riding footage from both sides of the park and some of the good times that were being had off the bikes!

“Source BMX just held the opening weekend for their enormous and incredible new underground skatepark(s), shop and cafe in Hastings, UK and we were there to see how the build turned out. Needless to say the Moore brothers have exceeded themselves on this one! Watch Dan Lacey, Kriss Kyle, Alex Donnachie, Mark Love and more enjoy the new setup in this new DIG ‘In The Cut’ episode.

Filmed and edited by Fred Murray”

END_OF_DOCUMENT_TOKEN_TO_BE_REPLACED

We’ve seen some foootage from the new Source Park surfacing the past few days. Today we get an official BMX video from the grand opening that the Source crew produced. Check out riding from Dan Lacey, Kriss Kyle, Kevin Kalkoff, Lima, Matt Priest, Ben Lewis and a few others, with some insight from these guys on what they think of the place. We can’t believe how amazing the place turned out and it’s crazy to see what it looked like (watch the beginning of the videO) before they transformed it to what it is now. Phenomenal.

END_OF_DOCUMENT_TOKEN_TO_BE_REPLACED

The footage from the Source Park grand opening is starting to pop up. Here’s a video that Ride UK dropped from the first sessions that Dan Lacey, Kriss Kyle, Alex Donnachie and Kevin Kalkoff got in, along with a little feedback on their thoughts. This place looks absolutely incredible and so fun to ride. Expect plenty more footage to surface in the next few days.

Filmed and edited by Scott Connor

END_OF_DOCUMENT_TOKEN_TO_BE_REPLACED 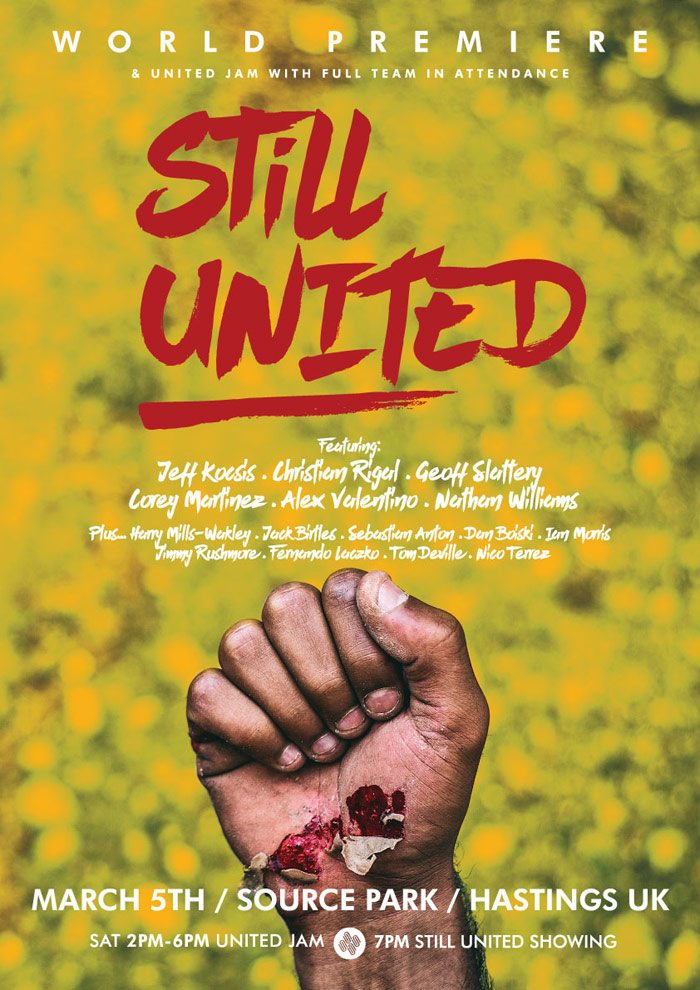 What are you doing March 5th? If you’re near Hastings, England, then we hope you’re planning to make your way to the new Source Park for the premiere of the “Still United” DVD (Trailer) from United Bike Co.! The team have been going all in for this video for quite some time now and we have no doubt that it’s going to be absolutely phenomenal! There will be a jam leading up to the premiere and you better believe the whole team will be there to ride with you, too. Get stoked!

“Good news people! The World Premiere of STILL UNITED be right here in Hastings at the all new underground Source Park on Saturday March 5th. To kick the day off there’ll be a United Jam that’s open to everyone to come ride. And… the full UNITED team will be in attendance too. The jam will run in the afternoon from 2-6 and the video will show at 7pm. Hit the road and get to Hastings to see the video first and ride in an awesome new park.”

END_OF_DOCUMENT_TOKEN_TO_BE_REPLACED

This past weekend was the grand opening of the new Source Park over in the U.K and it would appear we have the first (unless we missed another) BMX video to surface from the place! Vincent Doczekala and Robin Kachfi caught a plane over to Hastings, England for the event and were lucky enough to be one of the first to leave some scuff marks on the ramps. Check out some of the clips they stacked during their visit!

END_OF_DOCUMENT_TOKEN_TO_BE_REPLACED

The incredible new Source Park will be opening its doors in just a few days! They have a bunch of stuff planned for the grand opening and it’s going to be a full house. They’ve set it up so you can book your spot for the session or sessions. If you’re in the Hastings area, there’s no doubt you will want to be at this one! Get the full scoop and info on how to register over on the SOURCE PARK WEBSITE.

“The Source Park will be opening on Saturday 13th February 2016. To mark this special occasion we have a number of top BMX and Skate pros in attendance on the Saturday which will be there riding/skating with you. Plus on the Sunday there will be the Fox team riding and hosting a signing/giveaway.

Spaces for the opening weekend will be limited so we suggest you use the booking tool to reserve your spot (or use it to see if that session is full). Please note that due to nature the opening weekend the sessions will be for BMX and Skateboards only. From Monday the 15th the regular schedule will be in place.”