It’s always a good day when Steven Hamilton has a new video to check out! Empire just released this new video featuring Steven doing what he does best… Riding unique spots on his bike and skateboard with a creative and different approach to spots. This is a damn good watch from start to finish, so hit that play button and enjoy!

“Steven takes you on a journey through time and space, relentlessly driving his unmatched spot awareness and trickability through your gray matter like the trillion trillions of neutrinos passing unimpeded across the barren expanse of our solar system, detached from the choking constrictions of irrational emotional attachments and immune from the distractions and limitations forced upon us by a moral code rooted in the fear and uncertainty of ancient civilizations who gazed upon the sky thousands of years ago, moved to make sense of the void, unwilling or unable to look inward upon the true nature of truth: that we are beings of stardust, empowered by the very thing that simultaneously subjugates us and sets us free, a physical body ingeniously encoded with spiritual profundity” – Empire BMX

Here’s one for you East Coast street lovers out there! Mark Gralla just released the latest “What Goes On” video online for your viewing pleasure. This mix features a whole bunch of familiar faces getting down on street spots and a little skatepark action. This is a damn good watch from start to finish, so take a look!

It’s always a good day when some Steven Hamilton footage finds its way into the inbox! Here’s a video Brant Moore put together from some of the sessions he caught with Steven between 2012 and 2014. The footage might be a few years old, but when it comes to Steven’s riding, the footage is always creative and original. Hit play and take it all in!

“From 2012-2014, this is the unused and previously unseen footage I filmed of Steven Hamilton during our daily street riding missions.”

Steven Hamilton has been on fire with the videos lately. Here’s another new one packed full of BMX and skate goodness for Empire! As always, Steven finds some damn creative spots that most probably wouldn’t even think to ride, and brings plenty of style to everything he touches. Awesome watch from start to finish!

If you missed it, here’s Steven’s Winter 2017 video for Animal Bikes that dropped last week!

“Steven Hamilton braves the elements to bring you some of his signature double-duty deliciousness, blistering a veritable cornucopia of ill locations with his unparalleled spot awareness and trick selection. tree fakie rules, and wall at 1:23 is life 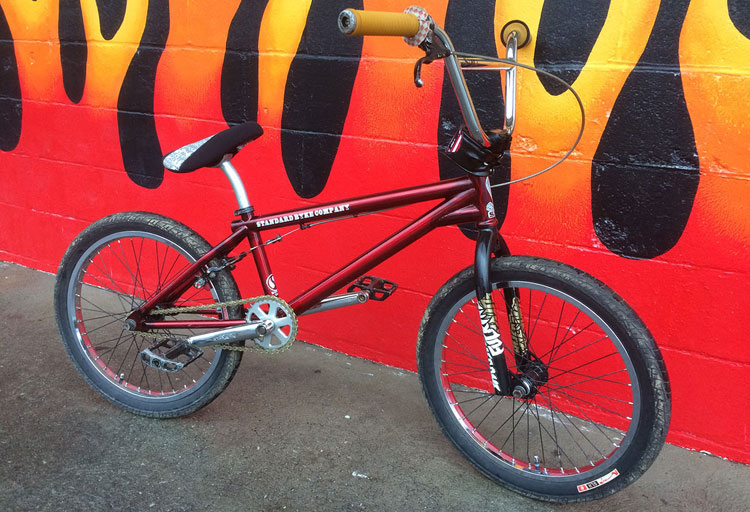 Two from Steven Hamilton today! Earlier today we posted his new Winter 2017 Video for Animal Bikes, now we have a brand new Bike Check from Animal to go with it! Steven is running a Standard Bykes frame decked out with parts from Animal Bikes, Profile Racing and more. He’s still running a custom laid back Pivotal post that really adds a lot of style to this bike that has been found on his bikes since 2012. This BMX bike definitely changes up the mix of things from what you typically see these days. You can check out a full parts list and a ton of photos on the Animal website — Steven Hamilton Bike Check

It’s always a good day when a new Steven Hamilton video surfaces online. Here’s his latest for Animal Bikes that was filmed over the course of the winter during street and skatepark sessions, along with a few skate clips for good measure, too. Great spots and amazing riding… You can’t go wrong with this video!

“Steven Hamilton just cooked up a new self-filmed edit for Animal Bikes! Steven has racked up some serious miles in the game over the years, and he’s still going full force! Click play for a satisfying array of jibs and more classic moves from one of the best to ever do it.” – Ride BMX

Here’s a gem for all of you Mid School guys out there. Here’s footage that was supposed to go toward the sequel of the “A Day Late and A Dollar short” video that ultimately never made it into a DVD and, thankfully, found its way online many years after the project had lost its traction. The back story is a bit of a bummer, but the silver lining is that there is still some really good footage that did end up seeing the light of the day! Check out what Steven Hamilton and the rest of the crew cooked up!

“It was fifteen years ago when Andy Marshall’s ‘A Day Late and a Dollar Short’ introduced some new progressive Central Ohio street riders to the world of BMX.

This footage was kind of when we all started going our separate ways. Looking back, it’s cool to see all of our riding really maturing
during this period. You can see that higher level of confidence here.

In a way, it’s a shame this video never happened. What if the trips had never ended, and we all kept riding together?

But life gets in the way sometimes. Though a lot of this footage ended up in other places, it’s nice to see it together and wonder, what if?” – Steven Hamilton

Filmed and edited by Andy Marshall