The Trip helping kick your week off right with another section from the “Trip Tape” full-length video for your viewing pleasure. This time around we get Ty Morrow‘s section that you already know is packed with heat. As always, Ty brings a ton of style, grinds, big 360’s, wallrides and more to every spot he touches. You won’t want to miss this!

Buy the full video on DVD or digital download now at TheTripped.com

The Trip coming through with another batch of raw footage from their “Trip Tape” video for your viewing pleasure. This time around we get the B-Sides from Ty Morrow‘s section. Not only did Ty handle most of the filming and editing, but he was still able to bang out a full section that was loaded with some incredible riding. It’s crazy to think so of these clips didn’t make the cut. Hit that play button and take it all in!

“Behind the scenes and leftover footage from Ty Morrow’s #TripTape part.

See Ty’s full part and the rest of the video now at TheTripped.com!

Check out more B-Sides from the “Trip Tape”…

Vans kicking your Friday off RIGHT! They just released Ty Morrow‘s section from the “Illustrated” DVD online for your viewing pleasure! As you can always expect from Ty, he went to work on the streets with big grinds, smooth lines, big wallrides, huge 180’s and 360’s and plenty of style. Add in the super clean film work and excellent spots, and you have a BMX video you cannot pass up! Check this out!

“Ty Morrow searched the streets of Perth, Melbourne, Los Angeles and Arizona for this one-of-a-kind video part with technical lines and heavy spots that you only want to visit once. With security in pursuit, Ty stomped his ender weeks after the filming deadline, putting it all on the line for the first Vans BMX video. Edited by Calvin Kosovich.”

Vans coming through with their official highlight video from the 2017 Vans BMX Street Invitational contest that went down this past weekend in Huntington Beach, California! This is packed full of amazing riding from all the riders that turned out, so hit play and check out all of the action. After you do that, get full results and more below!

“The top street pros from around the world battled in Huntington Beach for 3 hours and here are the super highlights crammed into 5 minutes. What a day! Congrats to Nathan Williams for the CULT Best Trick win with the Nollie Half Cab over the Vans sign and to the top three – Chad Kerley, Devon Smillie and the 2017 winner Garrett Reynolds. 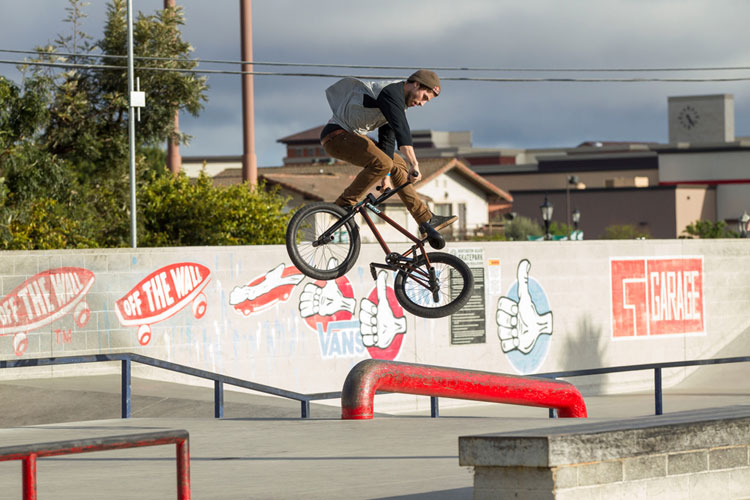 All Photos by Justin Kosman

“Today was my first time riding this park, it’s an awesome facility and everything about the park is perfect” exclaims Garrett. “To be out here riding with my friends and watching everyone progress is my passion, this is what I live for.” 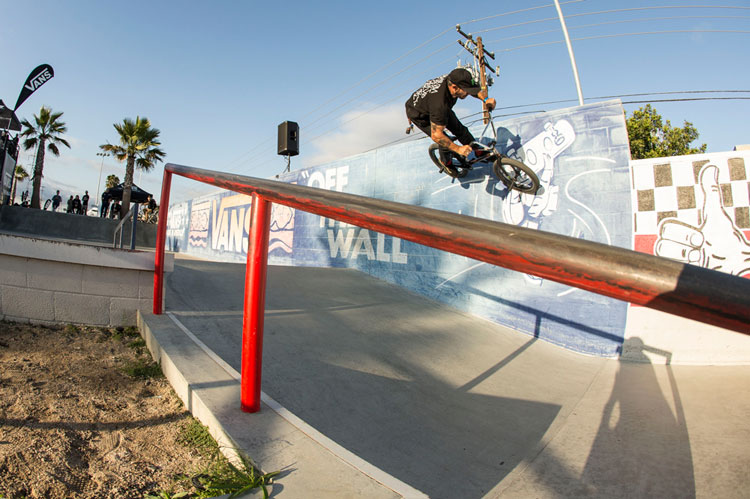 Following close behind Garrett was the Georgia native and manual master, Devon Smillie earning second place and $2,800 with his inventive and technical combo manual tricks. Joining Garrett and Devon on the podium, Chad Kerley, better known as CK, placed third and snagged $2,000 for his consistently flawless trick combinations. Lastly, seasoned pro Nathan Williams took home the CULT Best Trick award for the second consecutive year with a nollie half cab over the Vans sign. 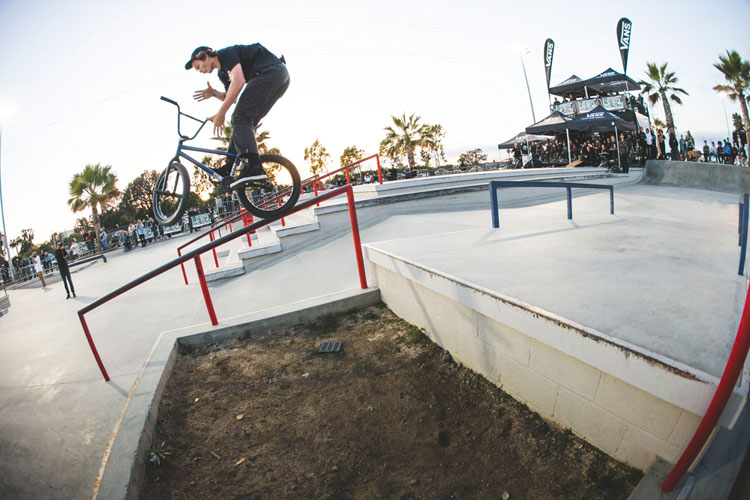 Highlights from the morning’s amateur contest included 16-year-old crowd favorite, Johnny Raekes who dominated the course with his powerful and persistent riding, awarding him first place and a spot in the afternoon’s pro contest. Local rippers Jacob Cable and Julian Arteaga respectively placed second and third, rounding out the podium for the amateur class and claiming their spots to ride with the pros. Finally, Charles LittleJohn took home the Cult Best Trick award for the amateurs with an insane 540 Cab down the big stair set and over the Vans sign.” 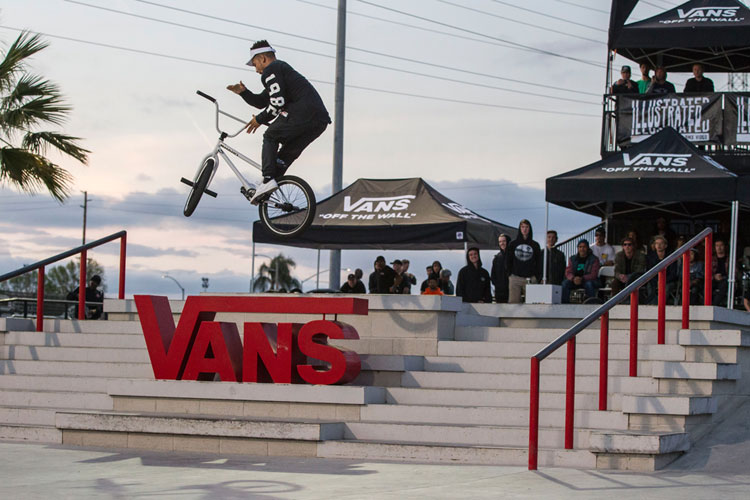 Huntington Beach, CALIF. (March 27, 2017) – Vans concluded the second annual BMX Street Invitational at Off The Wall Skatepark in Huntington Beach where the world’s most talented BMX street riders battled for top honors and a chance to take home a piece of the $25,000 cash purse. With a stacked field of thirty-two competitors, the bar was set high by New Jersey’s Garrett Reynolds who claimed victory, taking home first place and $5,000 for his innovative tricks and dynamic riding. 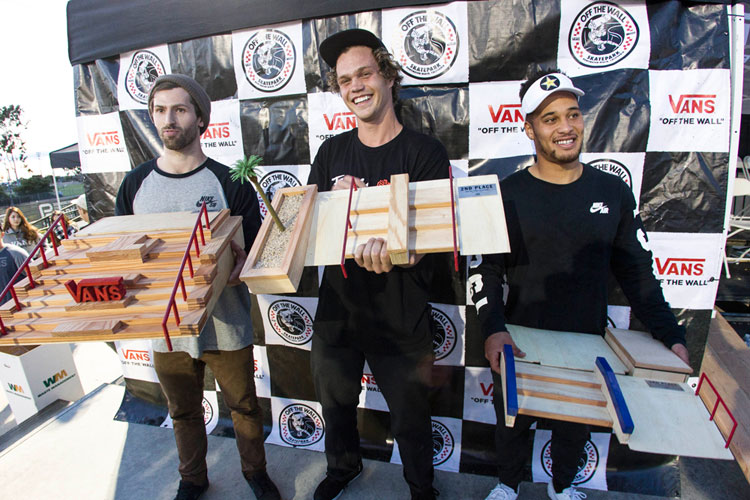 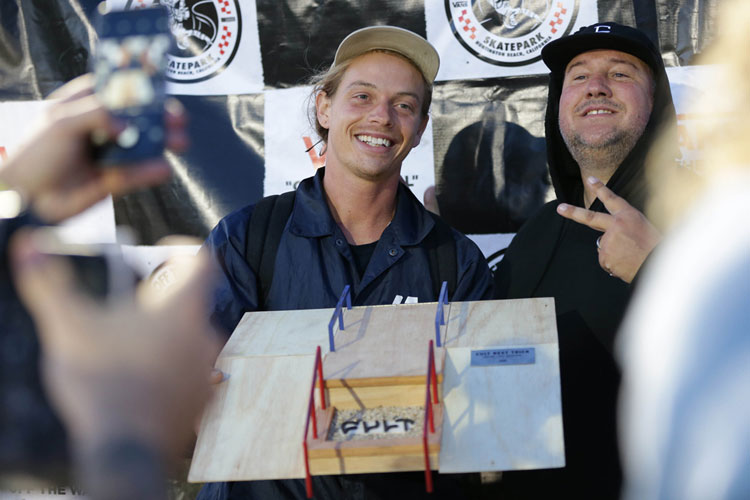 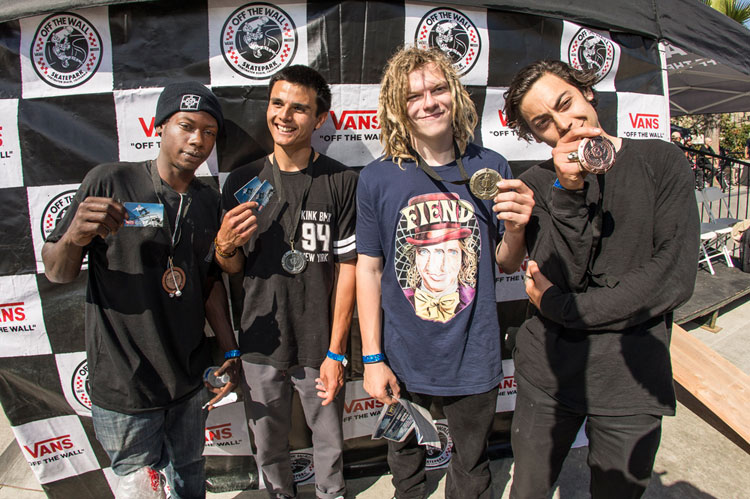 Over the weekend some of BMX’s best street riders made their way to Huntington Beach, California for the 2nd annual Vans BMX Street Invitational contest. After the dust settled, Garrett Reynolds, Devon Smillie and Chad Kerley held down the top 3 spots. There was a TON of amazing riding that went down in the contest and here is the first full look at what everyone dropped at the Vans park. Hit that play button and take in just under 7 minutes of heat!

The Trip will be releasing their “Trip Tape” on March 10th! Here’s a trailer for the video featuring Shawn McIntosh, Garrett Reynolds, Ty Morrow, Augie Simoncini, Andrew Castaneda, Tony Neyer and more that’s bound to get you real excited for the full video! These guys have been putting in some serious work on this one and we’re beyond stoked to see this one. Get ready.

“Sneak peak of the TripTape video dropping this Friday at TripApparel.com.

The Trip just dropped this short but sweet video featuring Ty Morrow and Andrew Castaneda getting a warm up session in on a rail in Los Angeles. This also gives you a good look at the new “Psych” Coach Jacket from The Trip as well! As expected from both these guys, excellent riding. 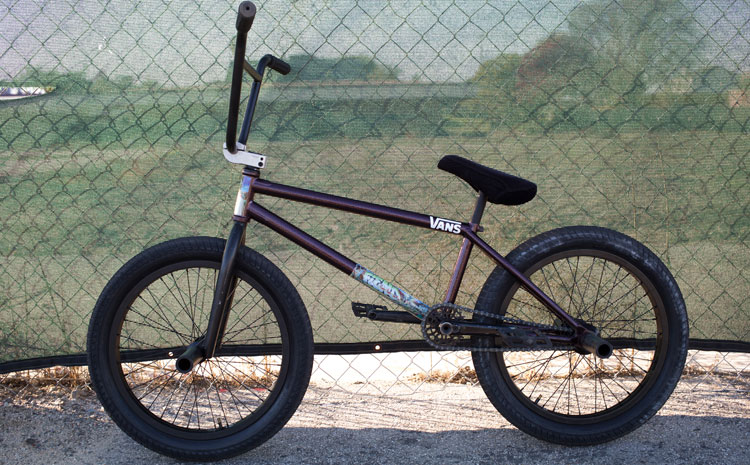 Fiend just released a new Ty Morrow and his current setup using his brand new Morrow V3 frame with that crazy Hammertone Burgundy colorway and a few other signature products like the latest version of his signature stem that’s due out next summer. You can check out a bunch of photos and a full parts list over on the Fiend Website — Ty Morrow V3 Bike Check