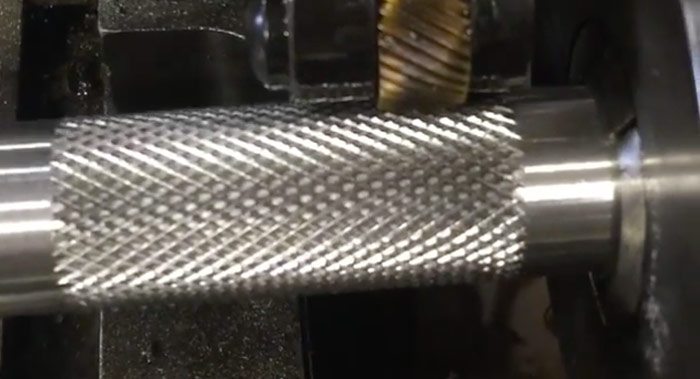 There’s a lot of features that BMX frames and parts have that make them stronger, better looking, function better and more. There’s a lot of little things like butted tubing or heat-treating that we talk about quite a bit, but today we figured it would be cool to focus in on another feature that is almost taken for granted. That feature would be knurling. You can find knurling on your handlebars, stems, pedals and tires most commonly, but there are instances where we find it on hubs, pegs and more.

What is knurling? Knurling is a manufacturing process that is typically done with a lathe, where a pattern of straight, angled or crossed lines are cut or rolled into the material. In the case of a tire, it would be applied to the mold like grooves would be. 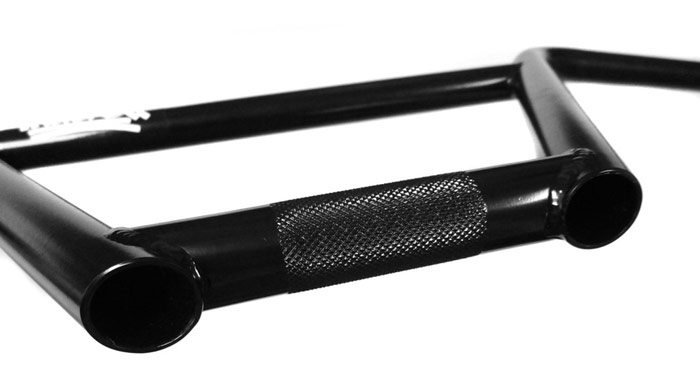 What does knurling do? Essentially knurling is done to improve the grip. For example, when you clamp your handlebars down with a stem, you can find knurling on the bars because if they were smooth it would have a much better chance of slipping. The knurling on the bars helps grip the bars to the metal of the stem, making it much less likely to slip, especially when you properly tighten the bolts down evenly. When it comes to something like pedals, it gives the soles of your shoes more to grab on to than if they were on a smooth surface with only pins to hold them in place. 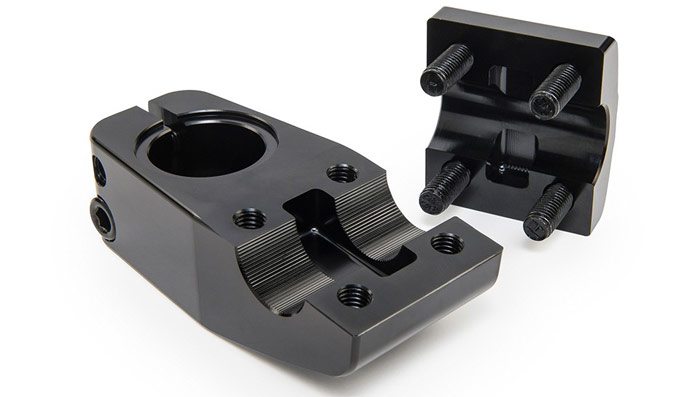 The most common form of knurling can be found on handlebars and in some cases stems. Above are the Aaron Ross signature Boss bars from Odyssey and below that is the Geoff Slattery signature stem from Eclat that also features knurling. Not all BMX stems feature knurling, but all bars do. You can also see that the bars feature a cross style of knurling and the stem features straight lines. Two of the three most common forms of knurling on BMX parts 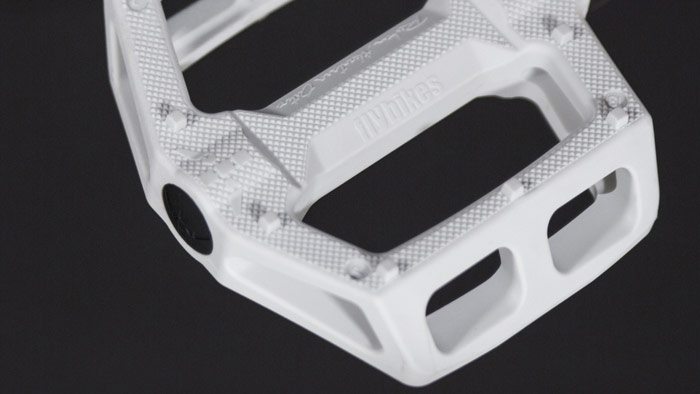 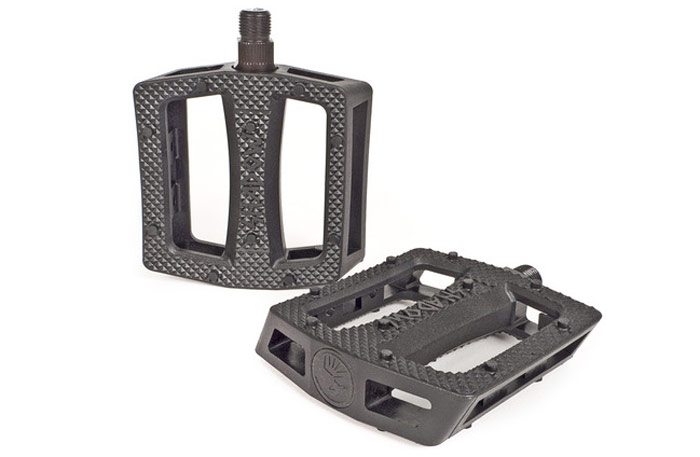 With the plastic pedals being very common on BMX bikes, anything that can be done to increase the traction is key. We frequently find knurling on plastic BMX pedals, along with molded pins which help to increase grip. Above are the Fly Bikes Ruben Pedals and the Shadow Conspiracy Ravager pedals for examples. The Ravager pedals feature a more aggressive pattern in comparison to the Ruben pedals. 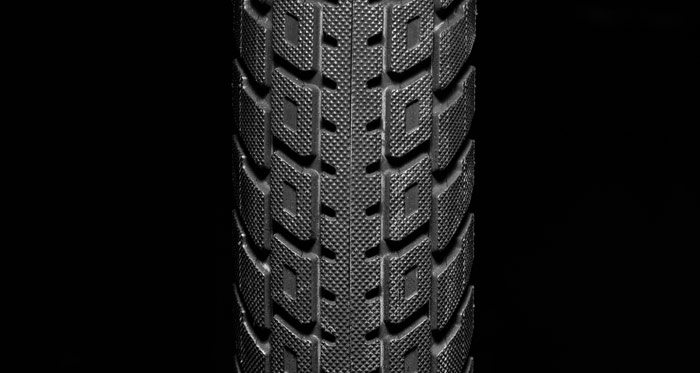 Another common place we find knurling is on BMX tires. Above is a close look at Kink‘s Lyra tire which features knurling all over the knobs and onto the side. This helps give you more traction on slick concrete, dusty trails and smooth ramps. 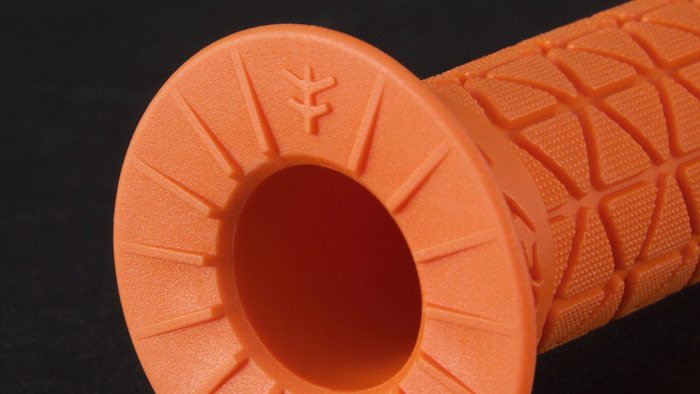 Another place we find knurling from time to time are on BMX grips. Above is a close up look at the Matt Roe signature Roey grips from Fly Bikes that are based off the classic Tri Ame grips. There’s knurling all over each triangle to help prevent your hands from slipping as much. 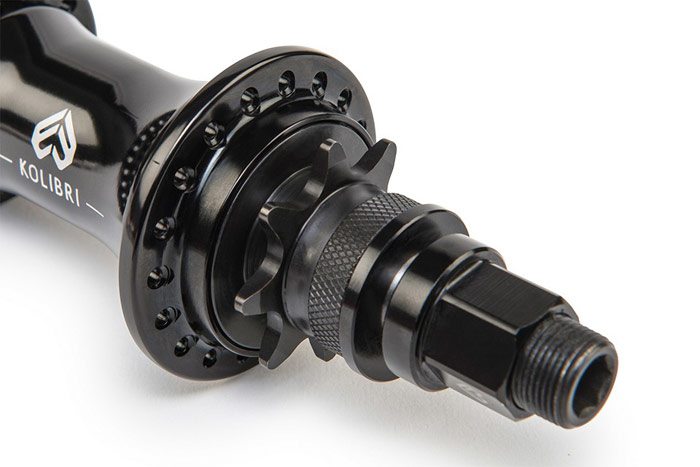 Although it’s more of an aesthetic touch, many of the Eclat hubs feature knurling on their lock nuts. Above is their Kolbri hub which features knurling that also helps the hub hold in place on the dropouts of the frame. 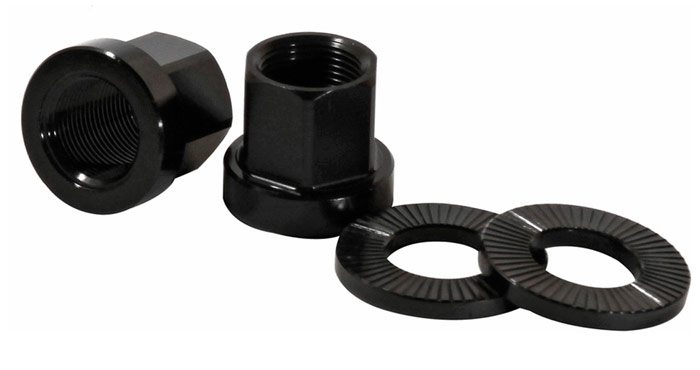 Speaking of hubs, did you ever notice the knurling on some axle nut washers? Here’s a look at BSD‘s 14mm axle nuts and washers that feature straight knurling to help keep your wheel from slipping in the dropouts. 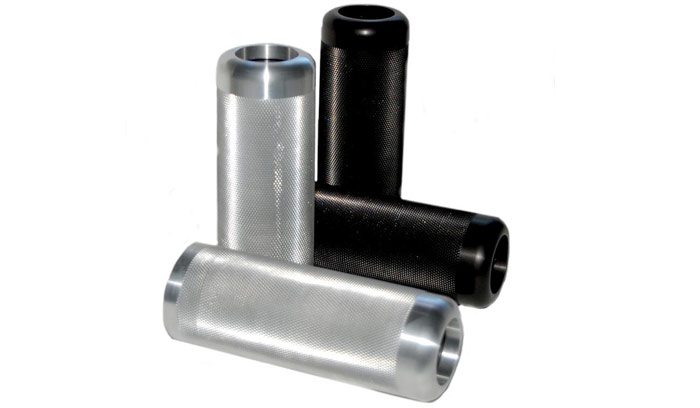 Although most BMX pegs are smooth because you want less resistance while grinding, flatland riders tend to run pegs with knurling because they do a lot of tricks while standing on them. Above is a look at the Quest BMX Turbine pegs that feature knurling for example.

How is knurling done? Well, that’s where this rad video from S&M Bikes‘ owner Chris Moeller comes in. Below you can find a video of one of the lathes adding knurling to a set of bars they were making out in California. This is how they add knurling to metal products, but plastic and rubber is just added to the mold they pour the plastic or rubber into, so it’s not added with a machine like this.

So, that’s a detailed look into the sometimes overlooked and under appreciated knurling that you can find on a BMX bike. It’s in a lot of places, probably kept you from getting hurt more times than you can count and it even looks pretty damn rad if we may say! Big shout out to whoever invented knurling and everyone who applies it to their BMX products.