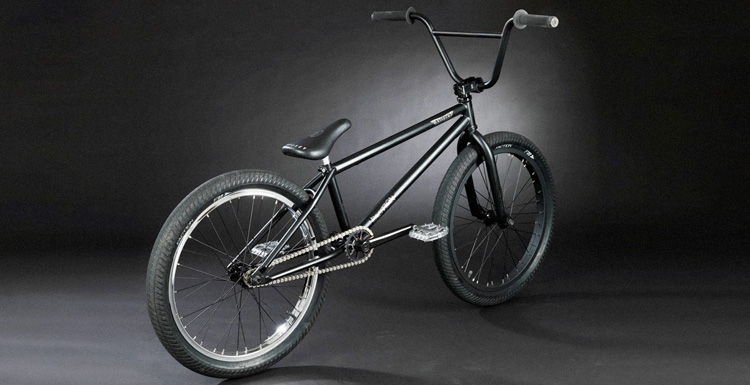 A few years ago when we personally first started hearing about 22″ Bikes we didn’t quite know what to think or if it would ever actually take off. The guys at Faction BMX were the first to start trying out this unique size that fit right between 20″ and 24″ bikes way back in 2002. It was a very small niche in the BMX industry that was geared toward riders that wanted something a little bigger than a traditional BMX bike, but didn’t want to go for an all out cruiser bike. It wasn’t a huge change, just slightly bigger wheels, fork and frames, really. This story of the rise of 22″ bikes originally started 15 years ago.

If you didn’t already know, there tends to be a bit of resistance to “new” things in BMX. Just like the first set of 8″, 9″ and 10″ rise BMX bars, there were a lot of people that were pretty hard stance. Either you like it and you are down to try it out, or you have zero interest at all and don’t see the point. Why change things if it already works the way it is, right? I still have friends that absolutely refuse to get bigger bars and I cannot for the life of me understand why they’re so against it. But, that’s why frames and parts come in so many different sizes; everyone has their own preference for a size that feels right.

In reality, that’s probably one of the hardest parts about innovation in BMX. You could have an amazing idea that works, but unless you convince enough people to try it, understand it and see the benefits, it will likely fail. I mean, how many times have we seen bash guards on the bottom bracket try and fail? The idea is great and it does work, but not enough people are into it to really see it become a “normal” part of BMX bikes. So, the idea goes back on the shelf and collects dust until somebody else decides to take a crack at it. Another example would be when Odyssey released their Twisted PC pedals. They were available for a few years before they actually started selling a notable amount of these plastic pedals compared to their metal options. Now the Twisted PC pedals are undoubtedly one of Odyssey’s most popular products and plastic pedals are more commonly found on a BMX bike than metal, but there was definitely a period of time where there was a weird rivalry between the two. The same could be said with plastic pegs… That was a weird time, too. Now it’s just a regular option for riders. 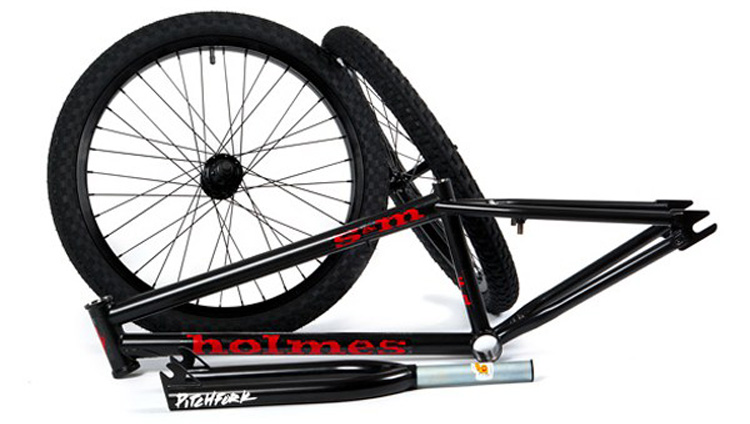 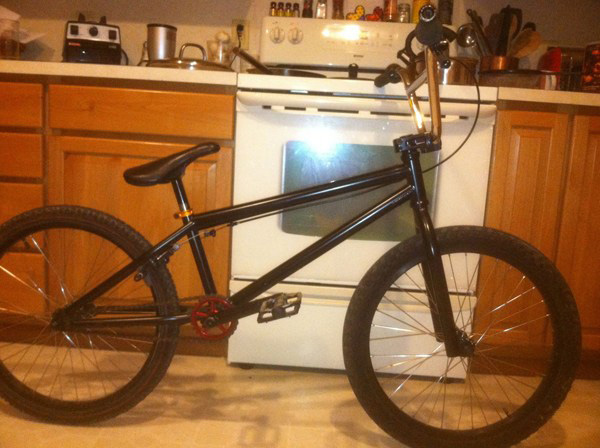 Just like the Twisted PC pedals, the 22″ Bike wasn’t exactly something that gained traction over night. After the Faction guys started working on 22″ designs and ultimately went on to release a frame, fork, tires and rims, it was close to 10 years before S&M Bikes decided to see what all the hype was about. In 2012 S&M designed a frame and fork to test out, which lead to the 22″ Holmes Kit that offered rims and tires being made under their sub-brand Revenge. The options for 22″ frames, forks, rims and tires have have remained a part of their line up ever since. Even after S&M and Revenge also threw their hat in the 22″ ring back in 2012, we didn’t see a big surge in the 22″ BMX bike category. I will admit having a notable brand like S&M getting into it did probably help make it a little more appealing and a little more known. But it still wasn’t something that really got much attention.

Even though S&M and Faction were offering kits to build your own 22″ bike, it didn’t seem like we were seeing a ton of riders rushing to pick up a kit to try out the larger size. A kit from Faction goes for around $750 and a frame from S&M is in the $349.99 – $419.99 range, so it’s hard to spend that kind of money just to see if you’re into the bigger size. 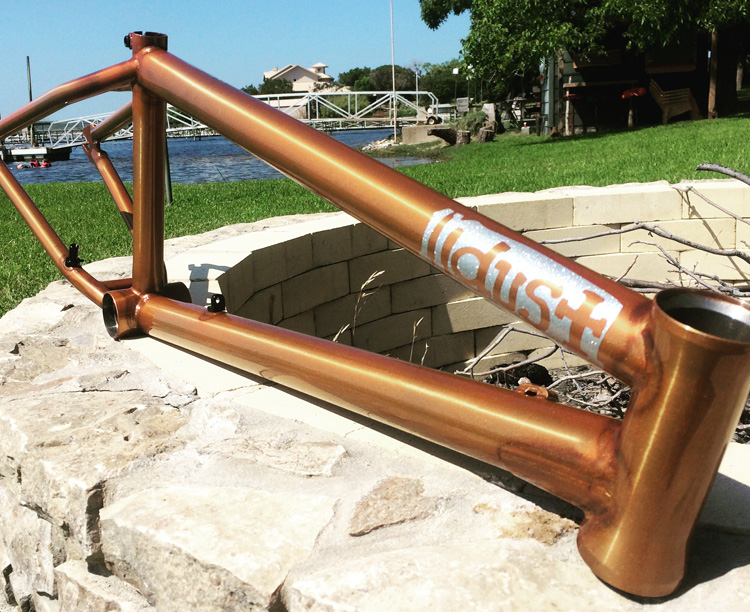 UPDATE: Apparently we have been out of the loop! There’s another company based out of Austin, Texas called Indust that have been making 22″ frames, parts and some custom build bikes since around 2011 that we had never heard about until now. Shout out to Max Krauss for tipping us off. Crazy how we missed that! Technically these guys were doing 22″ before S&M.

After another few years had passed with a few 22″ options but nothing really new being added, we saw something starting to happen in 2016. We started seeing some serious interest being put into these bigger bikes. The guys at FBM started offering a 22″ Steadfast Frame to give riders another option that could also be customized to your preference. Shortly after that it was announced that United Bike Co. were releasing the first 22″ complete, the 2017 KF22 Complete Bike and Fit Bike Co. were working on the Brian Foster signature 22″ complete. Some of you might be able to connect the dots with S&M, Fit, Revenge and United since all four are pretty closely related. S&M, Fit and Revenge are owned by Chris Moeller and The Building Distribution, which also distributes United Bike Co. in the United States. So now, we now have Faction, S&M, Revenge, Indust, Fit Bike Co., FBM and United offering 22″ products. Still, a fairly small circle of brands when looking at the overall number of brands in BMX. 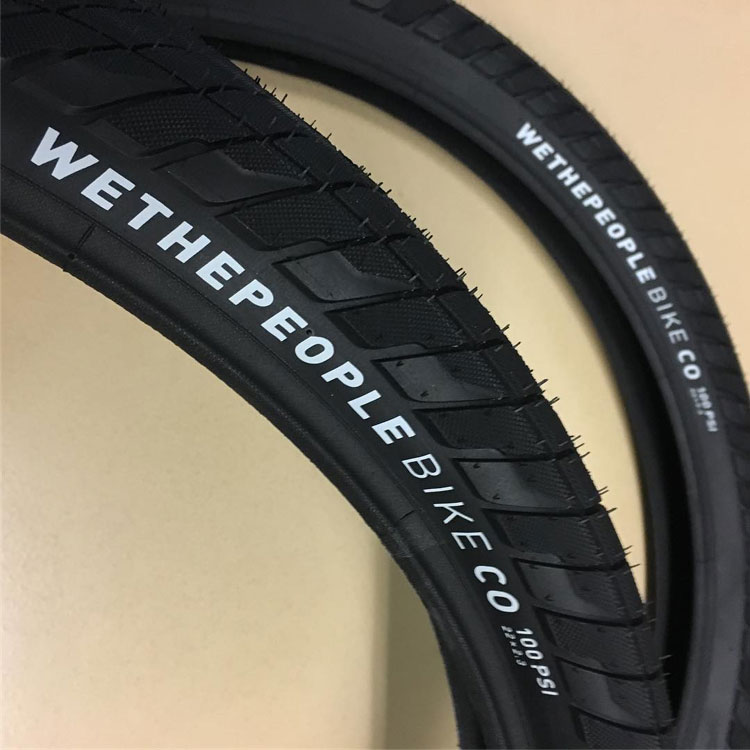 Things have started happening and it would appear that the wheels on the 22″ bikes are really starting to turn (pun intended) and the guys at Faction weren’t so crazy after all. If you have picked up a 22″ bike or you have been interested, it looks like 2017 might just be the year to jump on the train, because your options are about to grow. In the past few months we have seen or heard of a few other brands that are joining this “revolution” of sorts. We have spotted a prototype 22″ tire from Wethepeople, which leads us to believe they will be offering a complete bike or aftermarket frame and parts for 22″ bikes. We haven’t heard exact details yet, but we could see Wethepeople or their sub-brand Salt Plus having 22″ parts options. The guys at Deluxe BMX are working on 22″ frames now that they’re building frames in-house in Pennsylvania, so there’s another American made option.

Update: After we posted this Wethepeople confirmed that they will have a mid-range complete 22″ bike, along with aftermarket frame, fork, rims, tires and complete wheel sets coming soon. Wethepeople will be offering a frame and fork kit as well. Also, Salt will also be offering 22″ wheelsets at a more affordable price point. 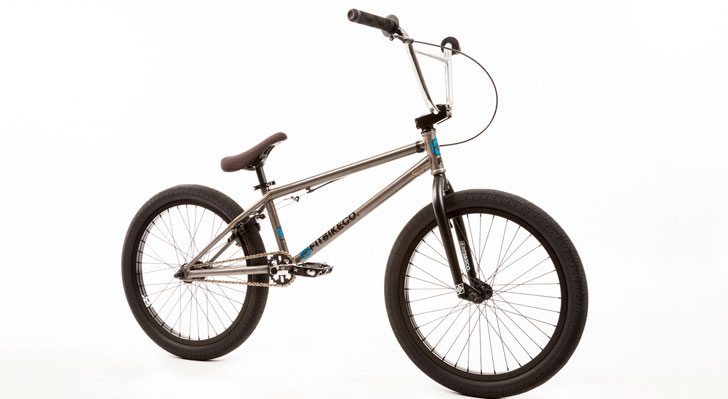 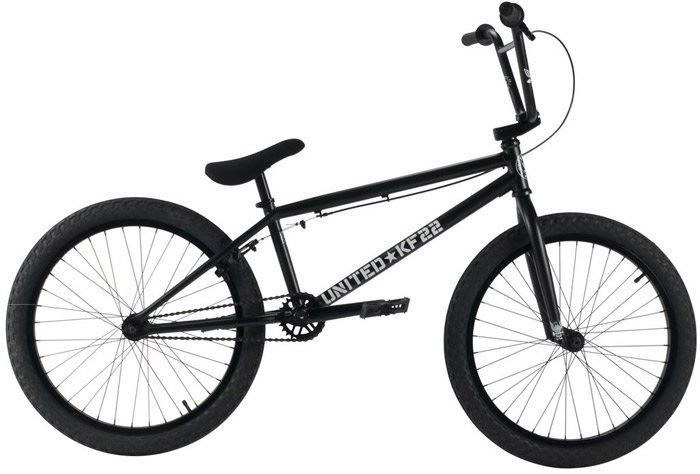 We also have 100% confirmation from Stolen Bikes that they are going to be offering a full line up of parts between Stolen and Fiction. Both brands will be offering a Stolen “Spade Pro” 22″ Frame, along with a Spade Complete Bike and the Fiction Troop Tire will come in a 22 x 2.30″ size. Those will all be dropping in June. Stolen also have 22″ wheelsets and rims that are already shipping to distributors worldwide as we write this. You can expect to see those popping up soon. 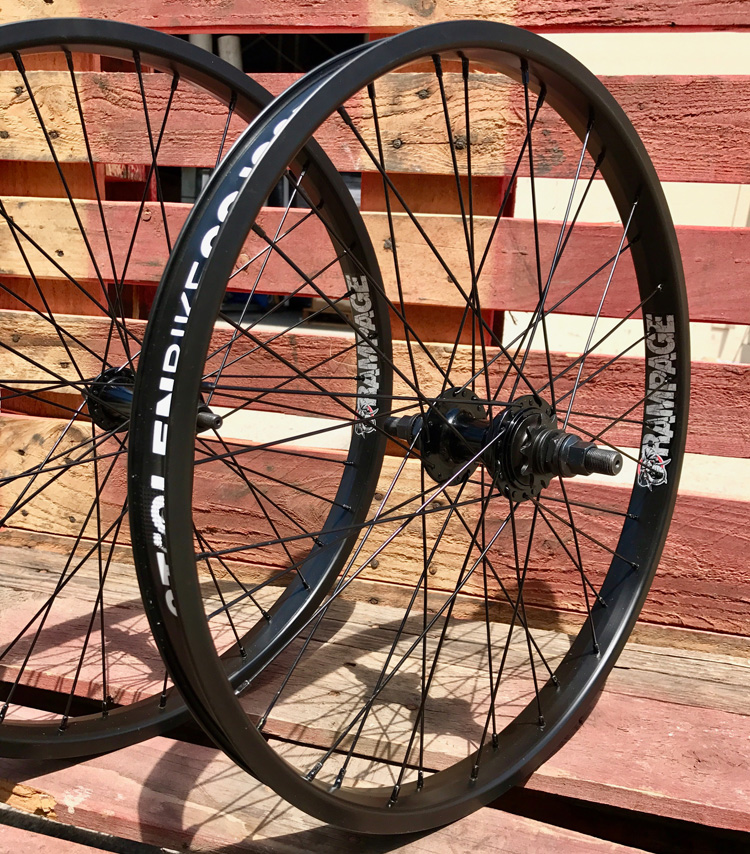 Let’s go over this one more time. Faction, S&M Bikes, Fit Bike Co., Revenge, United Bike Co., Indust, FBM, Deluxe, Wethepeople, Stolen and Fiction are all either offering or will be offering 22″ bikes, frames or parts. That’s just what we’re aware of. If there’s one thing we know, it’s once something starts getting popular, it won’t take look for the rest of the industry to get in on the mix. That’s not a bad thing, though. It doesn’t hurt to have options, right? Competition leads to innovation and had S&M not decided to give Faction a little competition back in 2012, we might not be seeing the growth we are seeing in 2017 for 22″ bikes. We would imagine that list will grow in the coming year.

Update: Thanks to the guys at 22-Inch BMX, we were filled in on a few other options for 22″ bikes that we were unaware one. DK Bicycles have their 22″ Vega complete and Canadian brand Encore Bikes have their 22″ Anthem complete as well. Two bikes we were unaware of. Also, Laird Frames, Dave Harrison, Standard Bykes and Stout Bikes all offer 22″ custom frames. It turns out that there is A LOT more 22″ bikes popping up than we actually thought. We have also been tipped off that it sounds like Subrosa will be offering a 22″ complete bike in their 2018 range of bikes later this year. That means there are at least 17 potential options for 22″ bikes, frames or parts in 2017? Talk about an explosion of these bikes becoming available. Once again, big thanks to 22-Inch BMX for the heads up!

It’s kind of crazy to think that it took 15 years before these bikes really became a force in BMX. We give Faction big props for sticking it out and proving to all of us that there is a place for the 22″ bikes in this sport.

What do you think? Have you tried out a 22″ bike? How do you like it? Haven’t tried one? What do you think about this? Could you see yourself trying one? Let us know in the comments below! 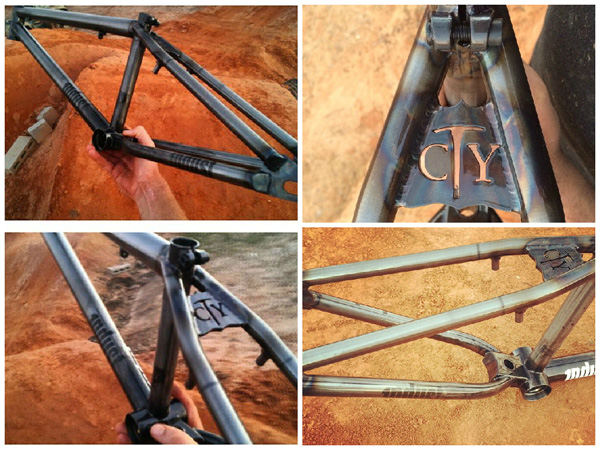 Here’s a gem we spotted over on Can You Dig It! It looks like the CTY Trails crew in Texas have teamed up with Austin, Texas based Indust some some collaboration trail frames! Not a ton of info available yet, but it appears to have a custom seat stay bridge and a wild wishbone on the chain stay. You can learn more right here!