Federal Bikes have released a new Jacman Hinss video from the streets of Australia, and it is a BMX video that is packed with so many ridiculous lines and combos! Jacman makes whips and barspins in and out of anything and everything look so easy. Hit play already. This is too good to miss.

Jacman Hinss, one of our more recent additions from Australia needs no introductions. Sit back and enjoy.

It has been a while since the last Into The City video from Focalpoint dropped, but they still had some fresh footage on file for a new one! Check out what the crew of familiar faces got into while cruising spots around Melbourne! Needless to say, plenty of great riding in this one!

“The Fourth video from Focalpoint’s Into the City series, filmed entirely around Melbourne CBD (Pre Covid).

Whenever there’s a BMX jam down in Australia, you know you’re going to see a good time. Ben Norris whipped up this edit from a trip he took with the crew to Queensland for the Off The Couch BMX jam, along with some partying, surfing and more. Looks like it was a damn good time to us! Hit play and check it out!

“Over the Christmas break Lewis Mills, Jacman Hinss, Jordan Smyth and I stayed the weekend with Boyd Hilder for his “Off the Couch” Jam at Pizzey Skatepark

Shoutout to Odyssey BMX, Federal Bikes, S1 Helmets, Dickies and Vans for supporting the jam; and most of all, shoutout to Boyd Hilder for bringing everyone together. 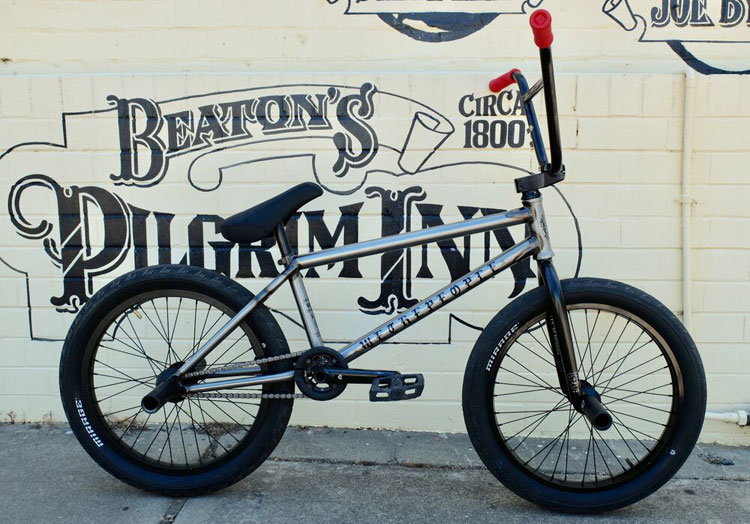 It’s a new year, and that means it’s time for a new setup! Well, for some people. The crew at Wethepeople dropped a new Bike Check with Jacman Hinss and his new Pathfinder setup loaded with Wethepeople and Eclat parts that he has been putting in work on down in Australia! You can check out a full parts list and a whole bunch of photos over on the Wethepeople website! It looks like a real dialed unit to us!

Wethepeople have added Australian master grind technician Jacman Hinss to their AM squad. Here’s a fresh video he whipped up to bring the news filled with heavy lines and grind combos for you to check out. No rail or ledge he came across went to waste! Check it out!

“Wethepeople is proud to officially welcome Australia’s Jacman Hinss to the AM team. Hailing from Melbourne, Jacman’s blend of smooth riding, originality and big tricks have made him part of a new generation of Australian shredders making waves across the globe. Filmed across two continents, this video highlights why so many of the team are stoked on Jacman, and how buzzing we are to officially welcome him to the team.

A video by Ben Norris.” – Wethepeople

Demolition Parts coming through with a fresh video giving us a look at what Jacman Hinss got into during his recent trip up to the USA from Australia. During his stay he took a road trip from California to Arizona hitting up street spots, skateparks and trails, slaying everything in his path. Hit play and take in plenty of dialed riding! It’s safe to say he had a good time during his trip.

“Our Australian brother, Jacman Hinss was in the states this past fall for a few weeks and we stacked some fun clips on various trips and came out with a rad little video. Jacman is all about having a good time, always makes us laugh and is a treat to be around! Enjoy some, smooth, stylish and solid riding from the man down under Jacman Hinss! 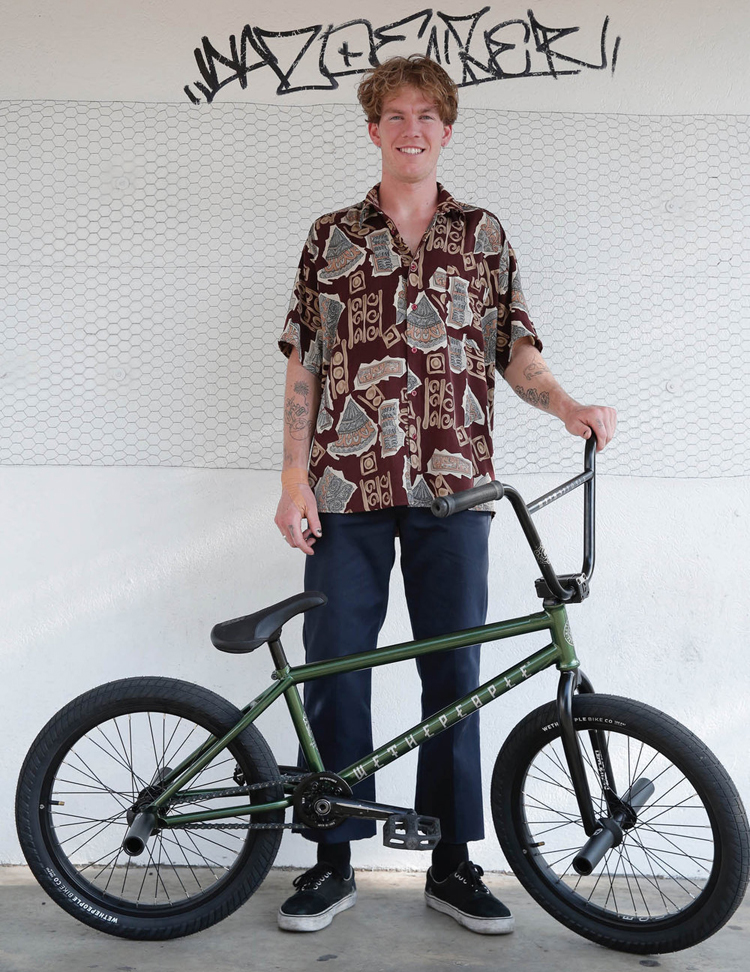 The crew at Wethepeople have announced that they have added Australia’s Jacman Hinss to their AM team! Jacman has been crushing it for a few years now, so we’re stoked to see what this opportunity might bring for him. They dropped a new Bike Check with Jacman and his brand new Pathfinder setup that he’ll be putting in work on. You can check out a whole bunch of photos and a parts list over on the Wethepeople Website now! 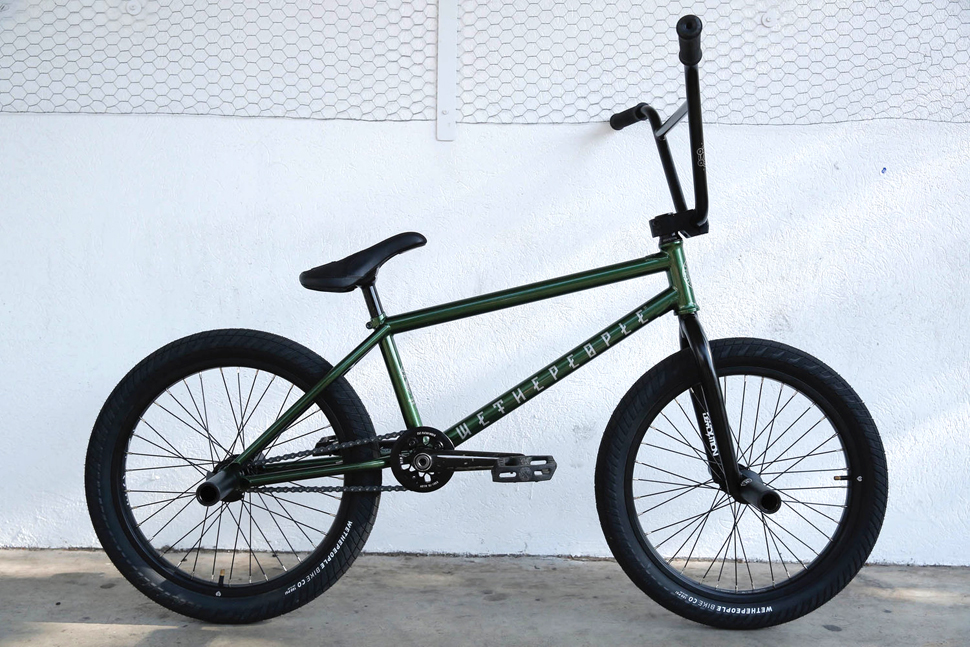 What do you think of Jacman’s new setup? Are you digging it? Let us know what you think about the news and his setup below in the comments section!

Volume Bikes coming through with a fresh Jacman Hinss video for your viewing pleasure!

Here’s the latest from Volume Bikes‘ connect down in Australia, Jacman Hinss! This video has a pretty chill vibe to it from the editing, but don’t let that fool you… Jacman brings the heat and drops some heavy clips in this video! This also gives us a little look into his personality off the bike as well, which is a rad bonus to the video! Hit play and enjoy!

“Australian Volume rider, Jacman Hinss teamed up with good friend and filmer Ben Norris on this video to give you a glimpse of how damn good Jacman rides, his flow, and what goes on in between takes with lots of cool b roll footage at the end too.

“Ever since Jacman and I first met on the Volume x Demolition Sydney trip in 2016 we’ve been trying to find the time to film a full video. However, between school commitments and living in different cities this proved considerably harder than expected.

Nonetheless, through various trips between Melbourne, Sydney and Canberra over the last few months we’ve captured a bunch of footage in between the heavy tech deck sessions and endless laughs that were had. We hope you enjoy.” – Ben Norris

Filmed and Edited by: Ben Norris
–
Song: Al Green – How Can You Mend A Broken Heart?” – Volume Bikes