You can’t go wrong with an Instagram compilation. Especially when it features a rider like Stevie Churchill. Here’s a fresh batch of Stevie’s clips filmed over the past few months or so from skatepark and street sessions, along with some footage from Woodward West. Hit that play button and take it all in!

We know how much you guys love yourself an Instagram Compilation. Here’s a fresh one that a fan put together with Stevie Churchill‘s latest clips from street spots, skateparks and more. As always, Stevie comes through with some unreal grind combos that will leave your mind spinning! Hit play and take everything this BMX video has to offer in!

Looking for a fresh Stevie Churchill video? Here’s a new fan compilation video of some of Stevie’s Instagram clips from the past year. As always, Stevie slays everything he touches from skateparks to street spots! Hit play and take it all in!

The sections from the “Nearly 4K” video continue. Today the second Friends section was dropped and it features clips from a bunch of pros down to a few guys you might not know about that are out there slaying spots.

Dan’s Comp decided to re-up an old Stevie Churchill video from 2012 to their Youtube channel. Since we’re sure a ton of you might have missed this one or just forgot about it, we figured it would be a good idea to re-post it since it has some damn good riding. Hit play and take it all in once more.

“Decided to mob down to Prague, Czech Republic after finding out some of my homies on the Federal crew were a 6 hour train ride away. The city was beautiful and full of amazing BMX spots and parties. I’m starting a Safari Stories podcast to chat about some of the weird experiences I’ve had on the road so if you have any questions about this trip, traveling in general, or really anything else leave a comment and I’ll answer it in a video later next week.

Thanks to the boys for the hospitality and laughs 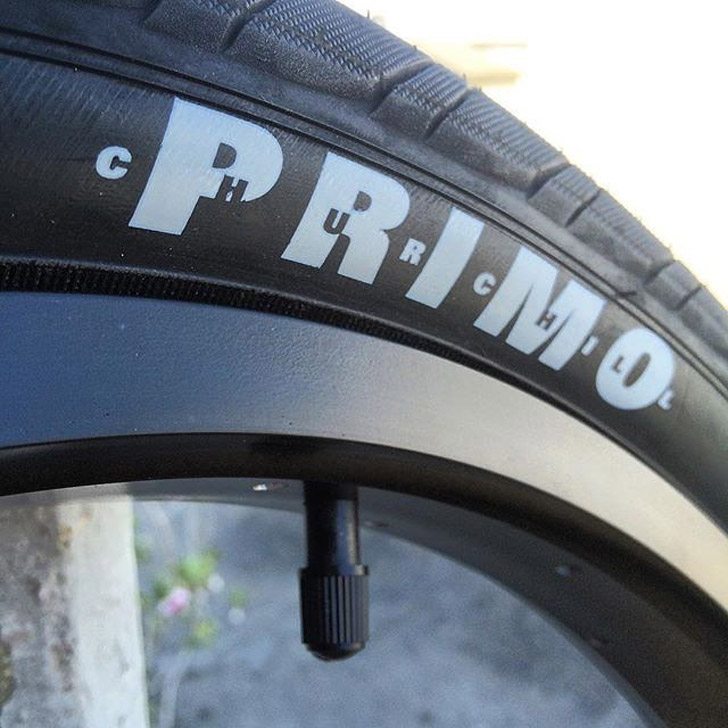 It looks like Stevie Churchill has more than his new signature cranks coming from Primo! We just spotted this sneak peek look at Stevie’s new signature tire that will be dropping soon. No details came with it, but it looks to be a massive 2.50″ (Yes, you read that right. Photo below!) tire with a smooth center tread and more aggressive sides with micro knurling for extra grab while turning / spinning and smooth sidewalls to help with grinds. We’ll keep you posted when we know more! 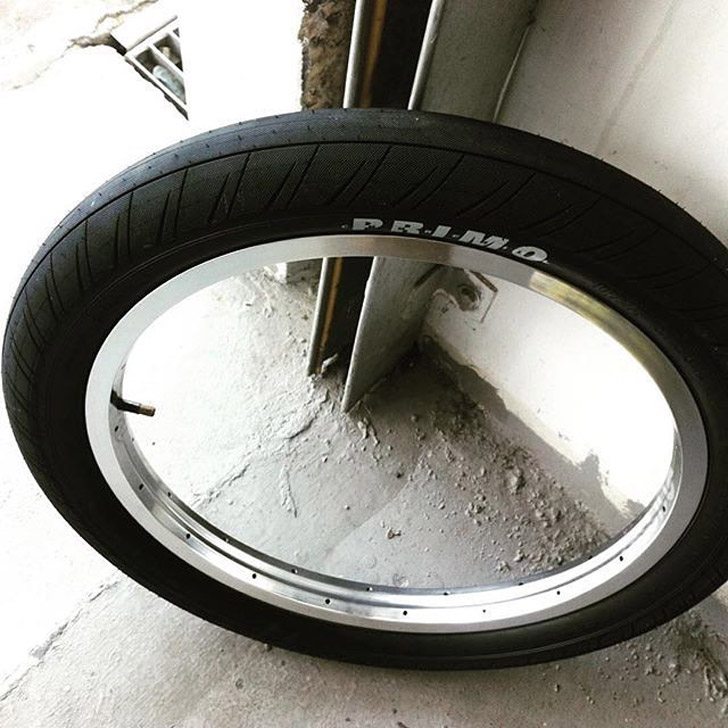 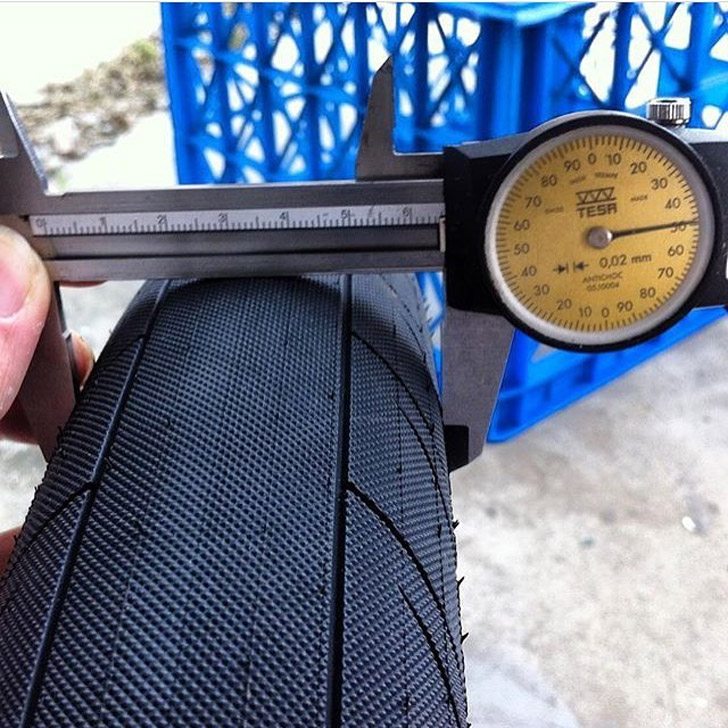 Update: It looks like the tire will be available in a few colors as well! 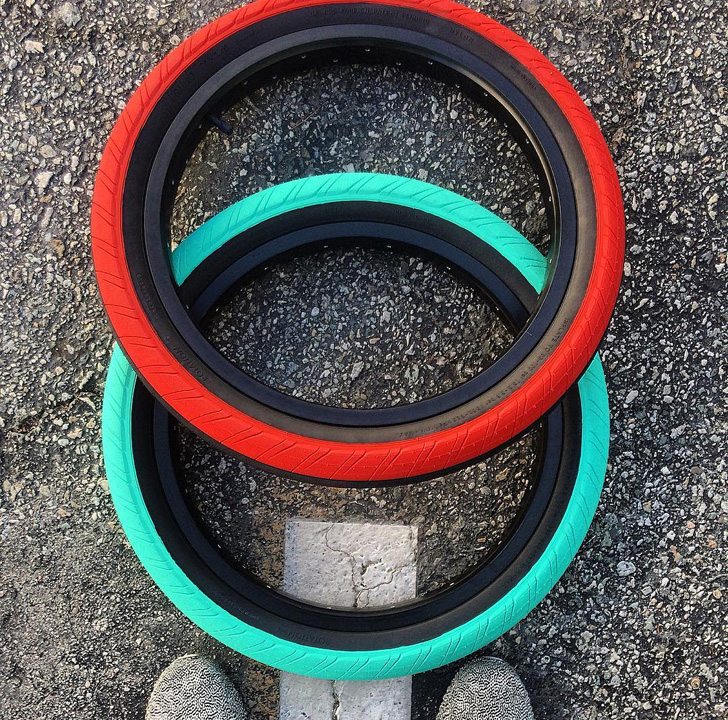 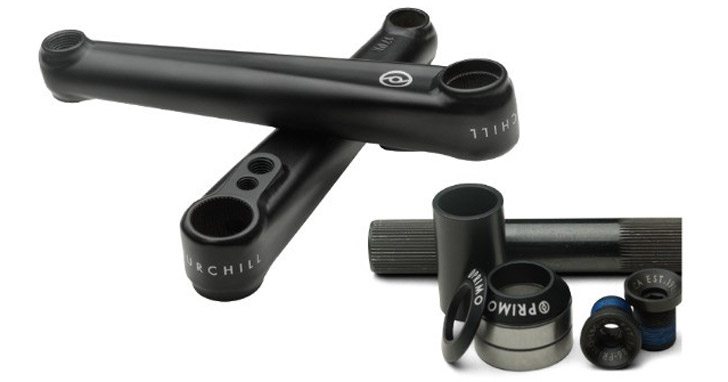 It looks like the new Stevie Churchill signature cranks from Primo have arrived. These BMX Cranks start out with 4130 heat-treated chromoly forged arms that have wrap welded pedal bosses, a one-piece spindle and sprocket boss, a beefy 24mm hollow chromoly spindle to help stand up to the heaviest of abuse from the streets and hollow flush mount bolts. The Stevie Cranks are right and left hand drive compatible, come in colors of black and raw, lengths of 170mm and 175mm, weigh in at 33 oz. (without bottom bracket) and include a 24mm Mid bottom bracket and multiple spacers!

These cranks are available through BMX shops and mail-orders that carry Primo worldwide for $169.99 now.