I’ll be honest, when I saw the Palaver Podcast pop up, I thought “Oh man, another podcast? Who is doing this one…” and as soon as I saw it was Chris Doyle‘s new Podcast, I immediately changed my perspective and couldn’t click play fast enough. There’s been a bunch of podcasts pop up lately, but knowing Chris is behind this one, we’re sure it’s going to kick a lot of ass. To start things off, he sat Kris Bennett to talk to him about everything from where he grew up to how he got into BMX, riding for a brand like S&M Bikes early on, riding contests with super sketchy builds, digging in the woods, a bunch of funny stories from the years, running Square One, his transition out of BMX into the real world, getting into flipping houses and more! This is a super good listen, so hit play and enjoy! 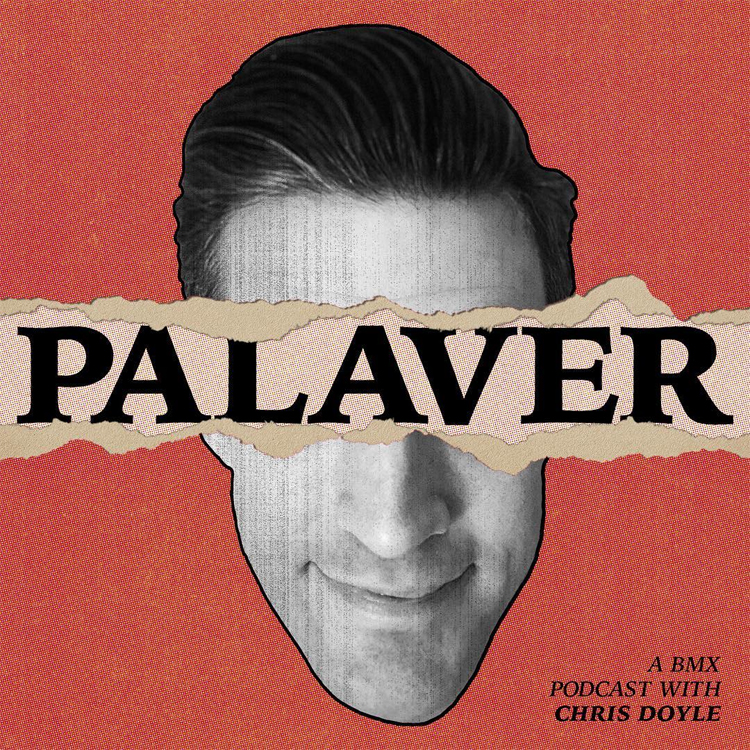 Every year the Kink team ends up logging a ton of miles and stacking a bunch of clips, and 2018 was another banger year. Darryl Tocco might have retired as a Pro, but he’s still killing it behind the lens! Here’s a recap of the best footage from Chris Doyle, Dan Coller, Sean Sexton, Darryl Tocco, Travis Hughes, Nathan Williams, Chad Osburn, Calvin Kosovich, Casey Starling and more!

“Another year packed full of travels, riding, new spots, new tricks and some slams. Enjoy some of the best footy selected by Darryl Tocco from last years missions!

Chris Doyle sits down for an interview on The Rollback podcast!

Here’s one we’re really… really, really, really stoked for. During the X Games, Kyle Carlson caught up with Chris Doyle for an interview for The Rollback Podcast. Chris talks about going into Cardiac Arrest and nearly dying to doing things like being an on-air personality for the X Games, what his plans are for the future and much, much more. Chris is one of the best dudes in BMX and we’re so stoked to see him still kicking ass. Hit play and give this a listen, you’ll be glad you did!

“BMX legend Chris Doyle discusses his recent traumatic health scare, how he’s feeling now, getting back on his bike, doing television work, his future plans, and much more.” – The Rollback

Chris Doyle sits down to talk about who his favorite rider is and why!

It’s that time for Chris Doyle to sit down and talk about who his favorite rider is and why. Depending on when you grew up in BMX, there’s a good chance you might be able to guess who Chris considers his favorite is… But we’re pretty sure most of you wouldn’t guess it first go. Either way, hit play and let Chris tell you who it is!

“Favorite Rider’s Favorite Rider is a new Ride series that sheds light on the influences of your influencers. Dropping every Wednesday at 10am.

This week is Chris Doyle, who reluctantly pays homage to his good friend…” – Ride BMX

Chris Doyle sits down for the latest round of Feeble Talk…

It’s been a while since Ride BMX has done one of these Feeble Talk interviews, but they’ve decided to bring it back and kick it back off with the one and only Chris Doyle. This one is a wild one since Chris talks in-depth about going into Cardiac Arrest and almost dying, which gave everyone in BMX a scare. After that, he talks about a handful of other tops from favorite riders to the X Games and a bunch of questions from the Kink team! This is a real good listen and watch, so check it out! So stoked on this.

“Well, that “short break” we took was a bit excessive, eh?

It’s nice to have Feeble Talk back and we wanted to do something a bit special by inviting Chris Doyle. Plainly put, Chris is an amazing dude to have on the show in general, but his recent and ultra-scary brush with death makes having him in the studio extra special. When I approached Chris about flying in to film the show, he requested that Calvin Kosovich join him, as he played a key role in Chris being with us today.

This episode of Feeble Talk is obviously a heavy one, but I didn’t want to solely focus on Chris’ recent “incident.” After a few tears were shed, we moved onto the more typical stuff…

Thanks again to both Chris and Calvin for making the trek out and being so forthcoming about what went down on that faithful day in Albuquerque.

Empire BMX have a new t-shirt and sticker kit with full proceeds going to Chris Doyle!

You can’t keep a good man down, and we’re very relieved that @chris_doyle22 is recovering from a life-threatening event last week. As part of the Empire team, Chris is family to us, so we’ve designed a shirt and sticker to help with his recovery costs and day to day expenses of being a family man. The shirt image is from a photo of Chris donated for this cause by @doleckivisuals (thanks Rob!). The sticker is an homage that most people won’t catch, but will hopefully put a smile on Doyle’s face. Shirts are $21.95, decals are $5.00, all profits will go directly to Chris. available very soon, in-store and online. DOYLE KICKS MAJOR ASS

As you have probably heard by now, last week Chris Doyle collapsed and went into Cardiac Arrest and nearly died during a Kink trip in New Mexico. Fortunately Chris made it through the traumatic experience and is on the up and up recovering now. The medical bills have been piling on from the hospital stay and everything that went into getting him back to health, so the crew at Empire BMX have this new Chris Doyle T-Shirt with a photo by Rob Dolecki of Chris cranking one of his signature turndowns, and these new Chris Doyle Kicks Major Ass stickers available with 100% of the proceeds going directly to Chris and his family to help with the expenses! The shirt is available for $21.95 and the sticker is going for $5.00, with the shirts shipping around April 23rd.

So, what the hell are you waiting for? Head over to the EMPIRE website!

You can pick up the Chris Doyle Kicks Major Ass stickers here for $5.00.

On Monday we found on that Chris Doyle was hospitalized last Thursday in New Mexico from a message Kink sent out, but we didn’t really get much detail as to what happened. It turns out that Chris went into cardiac arrest and nearly died! Fortunately Calvin Kosovich performed CPR until paramedics came and Chris is still here with us today. We figured it would be a little while until we heard from Chris, but he dropped a message online explaining what happened and his condition that he has… So stoked Chris made it out of this one!

“Okay, so as most have heard by now, I had a very bad accident recently while riding… well, after riding. I was out riding with the Kink crew and shortly after the session, as we were loading up the van, I went into cardiac arrest. My friends most definitely saved my life. Jay and Nathan both called 911, Chad and Darryl ran to the nearest hospital while Matt rode his bike there. When that nearest hospital didn’t help, they came back to find Calvin Kosovich administering CPR.
What I am suffering from is called HCM (hypertrophic cardiomyopathy). Click on the link at the bottom for more information.

I would highly suggest to everybody out there to take a CPR class because it definitely saved my life and it could save you or somebody you love.

Currently, I am at the University of New Mexico Hospital where I am receiving the utmost care. From here on out,I will be wearing a device called ICD to prevent this from happening again. Check out the other link below.

Words cannot do justice to explain the gratitude I have for the outpouring love and support my family and I are receiving from all of you. ❤️”

Don’t forget to pick up a Chris Doyle Benefit T-Shirt to help him out with the piling medical bills that have added up from this scary situation.