Boost Mobile dropped this new video from a series called “Pool Seekers” where Rick Thorne takes a crew to different pools. This episode takes Rick, Keith Treanor, Brian Castillo, Andrew Lazurk and a few other riders and skaters to the Furstcastle pool. Here’s a look at what everyone got into. This one is a little cheesy with the whole sneaking in and “getting caught”, but overall it’s a good watch. Check it out!

“The Pool Seekers hunt down and session ‘Furstcastle’ the biggest backyard pool in America which holds 200,000 gallons of water. The boys were beyond stoked for this legendary session.“ 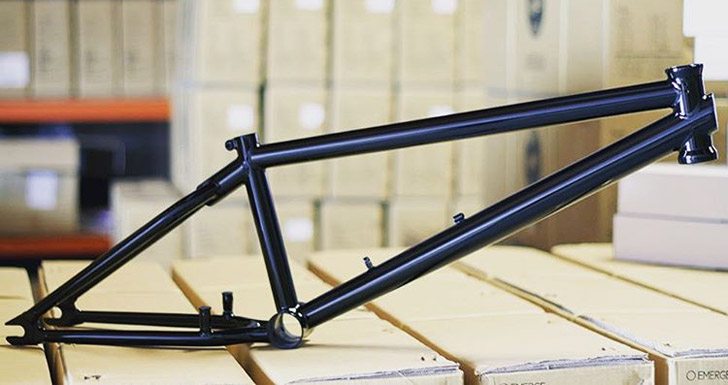 Here’s one we didn’t realize would be getting a limited edition run made. About a year ago Colony gave Keith Treanor a custom frame that was dubbed the Manopause frame. It appeared to just be a gift with a retro / throwback style with the down tube that pierced the head tube, the wishbone on the seat stay and the welded mounts. Since we didn’t hear anything about it beyond that, we assumed it was a one off deal. Then today we spotted over on the Goods BMX website that Colony ended up making a very small batch of 15 of these bad boys. The Manopause frame is made from full 4130 chromoly tubing with a 75.2-degree head tube angle, 71-degree seat tube angle, 11.5″ bottom bracket height and a 13.25″ chainstay length. The frame features an interesting integrated head tube with the down tube that pierces through it and a weld on the top, an integrated seat post clamp, wishbone on the seat stay and welded on chain stay brake mounts. The frame comes in 20.8″ top tube length only and black for the color.

There are only 30 of these between the U.S and Australia, and it sounds like most have been spoken for. You can pick this frame up for $340.00 right here. 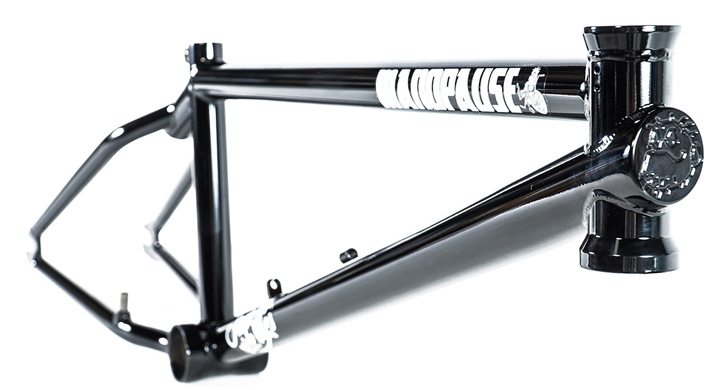 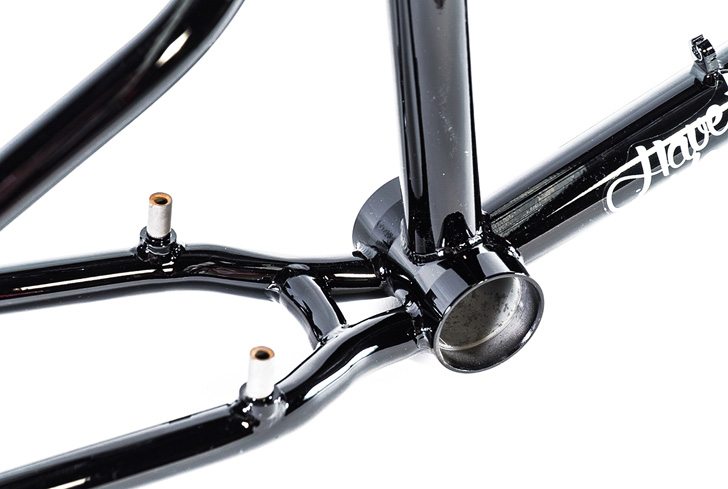 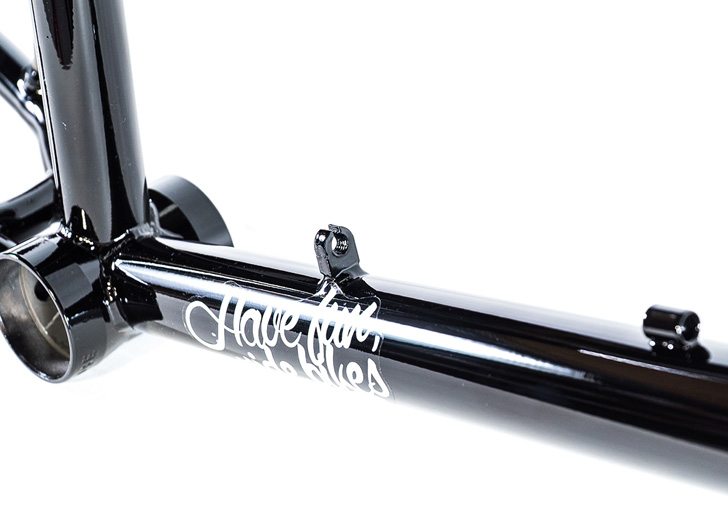 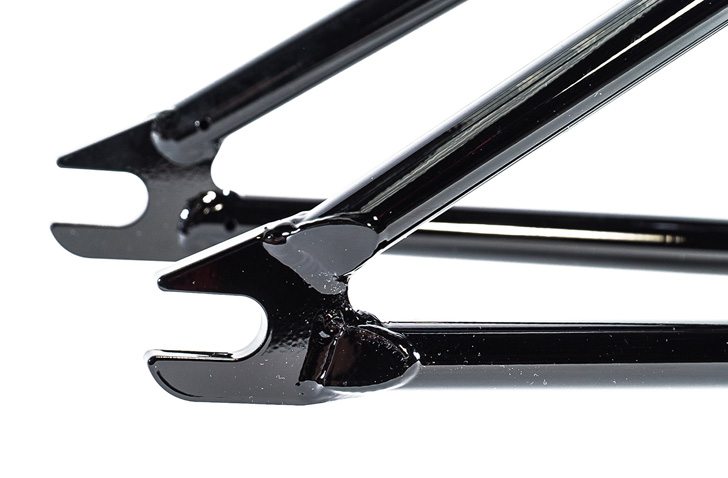 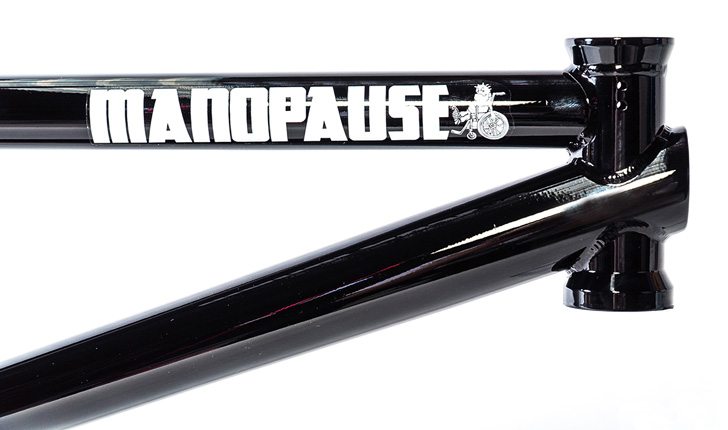 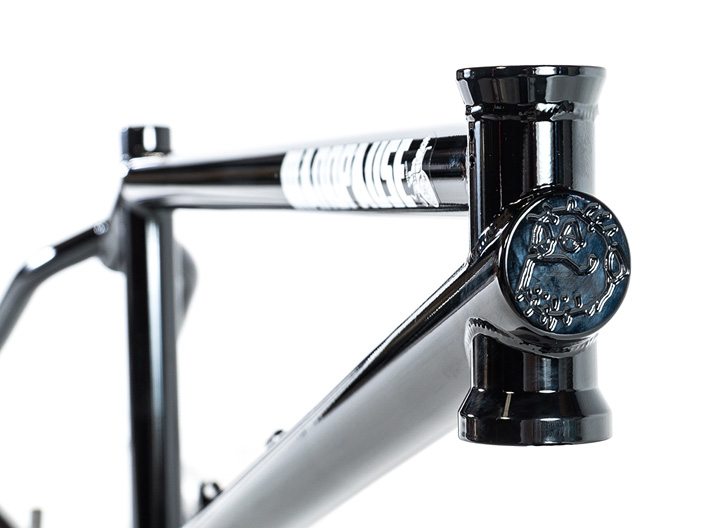 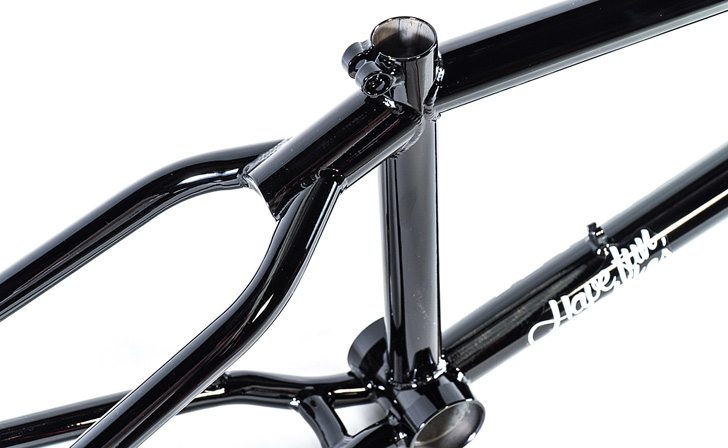 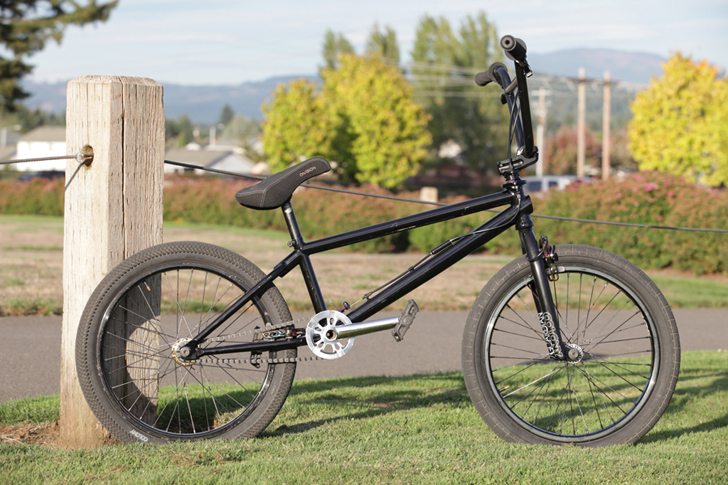 Keith Treanor’s bike built up with the initial sample.

It’s pretty wild what you can do with a few bags of cement, plywood and a bunch of broken up concrete chunks and rocks. Check out this crazy DIY spot that Nathan Sykes, Evan Lane and Matt Cordova recently built out in this old abandoned ditch spot in California. This video Ride BMX starts out giving you a look into the project, followed by riding from those guys, along with Keith Treanor and Larry Edgar! Definitely a video worth giving a watch!

“D.I.Y. Do it yourself. More like D.I.W.F. Do it with friends. That’s what this whole project was about. We wanted to build something of our own. And well, we didn’t exactly know what we were doing, but that’s what made it fun! Life is about making memories with the people that you surround

yourself with and being able to create your own excitement. Building this quarter was more work than we had all imagined, but in the end it was well worth it. Go out and build your own fun!” — Nathan Sykes

END_OF_DOCUMENT_TOKEN_TO_BE_REPLACED

The latest episode of Snakebite‘s Podcast series that Shad Johnson produces catches up with Keith Treanor to talk a TON of history. Keith has been riding BMX longer than most of you guys reading this probably have been alive, and he rode for, and worked for a number of brands in this industry of ours. Needless to say, this interview covers a TON of ground and there’s a TON of hilarious stories from start to finish. Hit play and enjoy!

“Keith Treanor has been around. From being a team rider on S&M in the early nineties to his involvement with Menstural Cycles (one of the first spin-off brands from a core bike company). From stand out parts in legendary videos like Dirty Deeds and S&M BMX Inferno (a part which he hated). From being a visitor to an early Backyard Jam in the UK (a trip which had a huge impact on him and those he met along the way) to being a regular focus of UK based print mags the time. From eventually moving from Southern California to Florida and working with UGP, and then at a much later stage moving to OKC and working with Hoffman Bikes and then eventually back to So Cal to work with Volume/Demolition and eventually Colony Bikes where he is today. And somewhere in between all of this he’s battled with some serious addiction issues. Yep, Keith Treanor has been around and knows more about our world of BMX than most.

Late in 2015 we sat down with a full room of friends including ,Vince Kroff, Evan Lane, Paul Covey and more and got Keith to tell some stories after a long weekend of riding. We go in to his early days on S&M, filming with Dave Parrick, being a Sprocket Jockey, his battle with alcohol, and how he found his way back to BMX. This is a great listen.” – DIG

END_OF_DOCUMENT_TOKEN_TO_BE_REPLACED

Colony have released their latest BMX video from a trip a good number of their crew took to Oregon back a few months ago! Watch as the crew roasts some of the Northwest’s finest cement parks, the Lumberyard, trails and more! There’s a ton of amazing riding on all these great spots, along with some dialed film work. This is one you won’t want to pass up!

“Back in September Victor Salazar, Alex Hiam, Chris Bracamonte, Nathan Sykes, Clint Millar and Keith Treanor took a week trip up to Oregon, met up with Paddy Gross and thanks to Bracamonte we have a really good 9 minute video for you guys. Chris nailed it on this, showcasing the good vibes that great times that went down on the road. Thanks to all the locals that welcomed us everywhere we went.

END_OF_DOCUMENT_TOKEN_TO_BE_REPLACED

Colony dropped this brand new mix edit featuring their team riders from around the world dropping some damn good clips for you to enjoy! Really digging all of the different styles from the streets to the trails to technical front brake riding all in one!

“We wanted to start a video project featuring as much of the team as possible and with as much diversity possible. Here is the first of many Collective’s.

END_OF_DOCUMENT_TOKEN_TO_BE_REPLACED 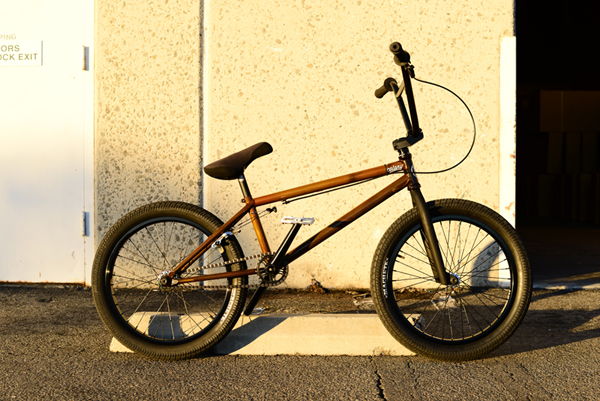 The legend, Keith Treanor, is now the man in charge of Colony‘s new distribution warehouse here in the United States! To celebrate, Keith built up a brand new bike! Hit this link to check out more photos of the setup! Looks like a dialed unit to me!

A day later than planned, but that’s okay. There was a ton of videos posted up last week in the Daily Section worth watching, so I think the delay makes up for it. This week we’ve got 19 videos for you to check out featuring the likes of Jason Phelan, Pete Sawyer, Chad Osburn, Daniel Sandoval, Daniel “Lil’ D” Martinez, Mike Aitken, Brock Olive, Larry Edgar, Keith Treanor, Tony Malouf, Tyer Fernengel, Brandon Webster, Greg Illingworth, Jed Mildon, Phil Demattia and many more. Let’s get into this!