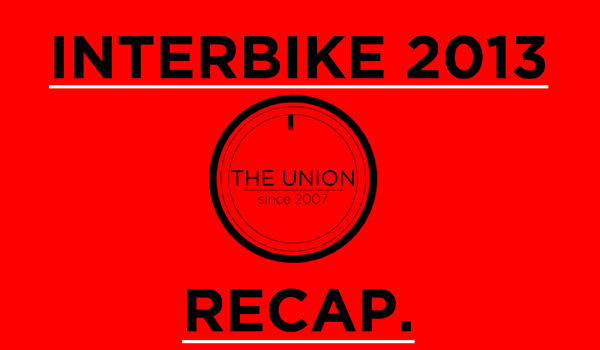 Here I am sitting here wondering if I ever even went to Interbike this year because of how fast it came and went. It’s all a blur from 3 days of non-stop go, go and go some more to make sure I was able to talk to as many people as I could and shoot as my photos as possible. In the end I shot over 1,200 photos and I’d say I hit at least 80% of BMX. It still is a little bit crazy to think this was my 6th Interbike as well. Time sure does fly. Either way, enough about that…
2013 was a unique year because it was a new venue and I think that threw a lot of people for a bit of a loop since a lot of us get into a routine year after year. This year, more brands worked closer with their distributors and I think there was a lot of people who were starting to see some changes to who was there and what was being shown off. Times have been a little tough for BMX, but I think everyone has a pretty positive outlook for the future and that’s a good thing because BMX works well in tight spots.

Below you can find links to all of the brands we were able to make it to this year. Check them all out because everyone definitely had something new and impressive to see. Get to clicking. After you do that, I’ve pieced together a little bit of a recap of the trends we saw at the end of this. Take a peek!

Deluxe BMX and And Forks

Interbike 2013 was nothing short of impressive. Going into the event there were A LOT of predictions as to what we would be seeing. Things like the oil slick and camo colorways, plastic pegs and freecoasters were all being tossed around prior to the show as “OD” items that everyone would have.
Now, it’s safe to say that these were all items that were reallly popular and heavily mixed throughout each booth, but I think there is a lot to be said about this… I’ve decided to write up a little bit about each thing we saw a lot of this year. 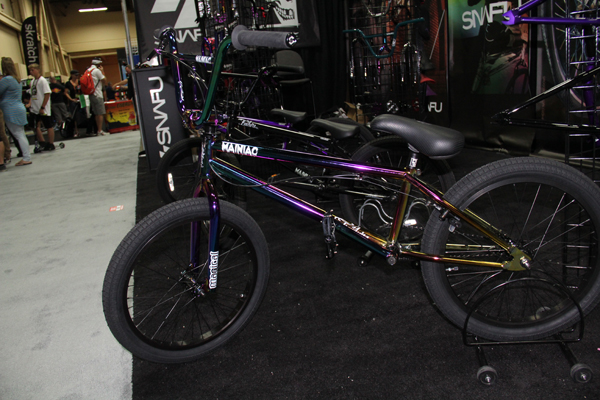 Oil Slick: Oil slick, Jet Fuel, Burned chrome… No matter what you call it, I think the majority of brands have dabbled with it, well, Failure and Snafu did more than dabble, but it’s definitely the “In” color for the time being. Do I see it sticking a round for very long? Like the stripped and very colorful plastic seats, I see this fading off and probably won’t be around more than a year or two before people and brands are over it. I personally have seen more of this colorway than I care for, but that’s just me. 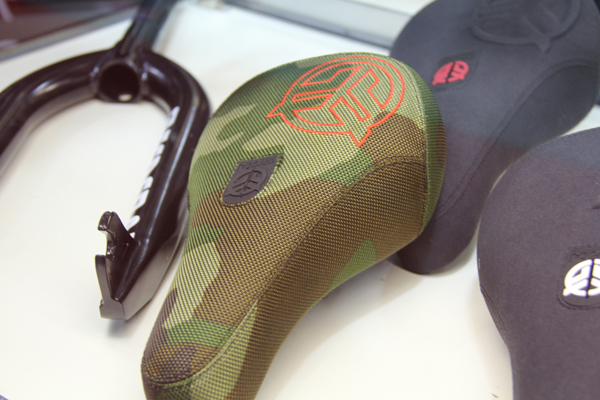 Camo: The camouflage color is something we’ve seen come and go a few times in BMX’s past between apparel and everything, but never as popular as what we’re seeing now days. Going into Interbike, I honestly thought EVERYONE would have something Camo, but it was really kept pretty much between Eclat and Federal. I definitely see this picking up a bit more in the future though. It’s not overly flashy and it accents a bike well if it is kept minimal, that’s for sure. 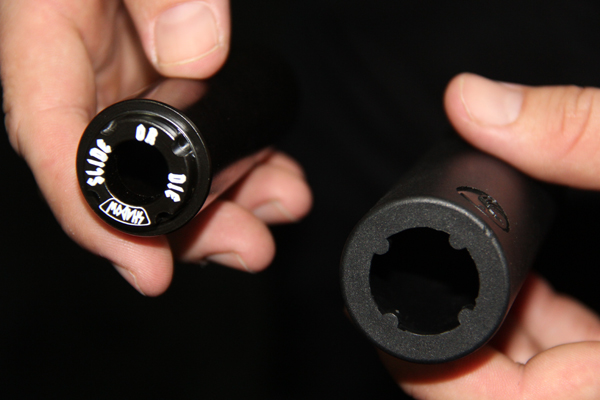 Plastic Pegs: One of the hottest things we’ve seen over the past 2 or 3 years. People say that it’s a little over played, but, like a point I’m going to make when I get to freecoasters, they’ve done nothing but improve. Pretty much every brand does offer a plastic peg and this year we’ve seen more variations versus just knock offs of the basic sleeve over a peg or insert that we have seen in the past. I think with this many people trying to produce the best peg, it has pushed things and lead to some interesting development. The pegs are lasting longer and look better too. Will we see more progress with this in the future? I think we’ll see a few changes but brands are definitely getting things right these days when it comes to plastic pegs. 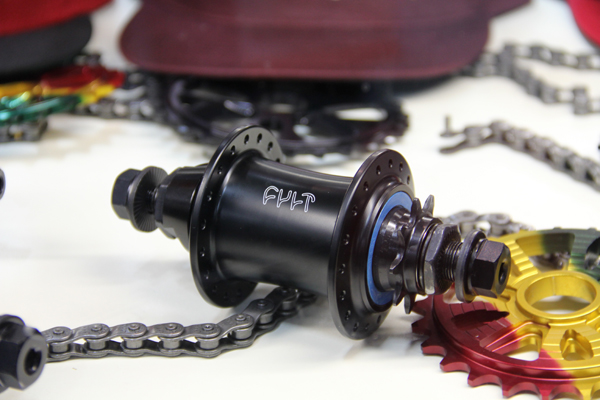 Freecoasters: Now, I won’t even sit here and try to tell you I completely understand how a freecoaster works, but I can tell you that it’s definitely something everyone is taking some time and resources to explore. Freecoasters aren’t a new concept by any means and have been around for a lot longer than most of you reading this have been. But I think this is the first time we’ve seen so many of BMX’s talented product designers really put in some time on these guys. I feel like for the first time we’re actually seeing unique concepts being applied versus “Well, this one works, so let’s just put our name on that and call it good”. I’d say there were about 10 freecoasters I came across during my time and each of them for the most part had something different internally.
Will we see the perfect freecoaster that will hold up as well as a cassette? I can’t say that, but I definitely am considering giving a freecoaster a shot after seeing what everyone has done because I think everyone has pushed each other to produce something that doesn’t suck.
Now, I know some of you are thinking that there are too many options and it’s just a trend that will burn out… But you have to look at it this way. We have guys like Ben Ward, Neal Wood, Rich Shaw, George French and more all digging into the issues to make them work properly and withstand what BMX can throw at it… Having a bunch of people all pushing things in the right direction will eventually lead to a resolution… and damnit… I think we’re getting there. 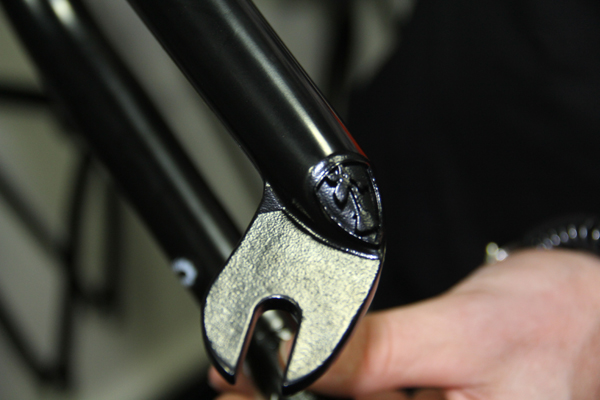 Investment Casting: I know, Investment Casting isn’t new, but we saw those words popping up A LOT this year. We really started seeing it pop up thanks to Wethepeople a few years back, but this year it was definitely on a lot of brands lists of improvements that they were making. I saw a handful of forks that featured the investment dropouts which is awesome. Anything that can be done to make something stronger and safer is a step in the right direction.
Do I think we’ll be seeing more of it in the future? Definitely. With it becoming more and more popular, it leads me to believe that it means the process to make it happen is coming down in cost, making it more of an affordable move for brands. Obviously this process isn’t perfect and we have seen things break that use the Investment Casting, but like everything, it takes a while to work out the bugs and get it perfect. 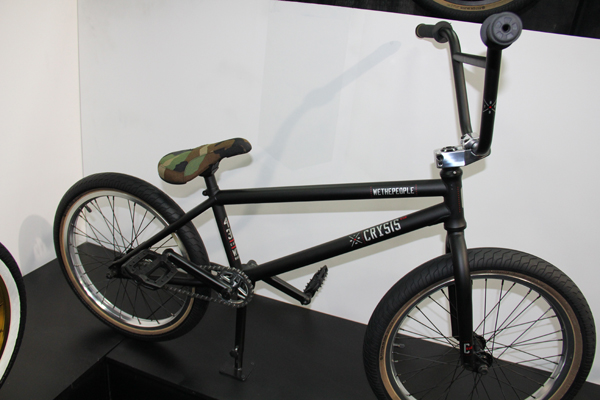 Complete Bikes: A lot of brands have been putting focus on producing complete bikes for quite a while now and I feel like with every year I spend more and more time being blown away by how far things have come for bikes. One of the big discussions is how to make a really good bike that can compete price wise with the Wal-Mart knock offs and pull more riders into BMX in the right ways and I think it’s getting really close. We saw everything from like 16″ bikes all the way up to 24″ cruisers this year all spec’d with some dialed geometry and features. Definitely rad to see 16″ bikes with proportional bars, stems, seats, cranks and everything. I think if we can get more emphasis going on these smaller bikes, we’ll see more kids getting into BMX at an earlier age pushing limits. Typically most people get into BMX around 12 or 13… Now days we’re seeing more and more 6-8 year olds picking up bikes and being able to actually ride the bike. I mean we have some of the youngest kids in history pulling whips and flips like it’s nothing… That’s amazing and it’s largely due to the progress that we have made with complete bikes. I don’t see things slowing down here anytime soon. 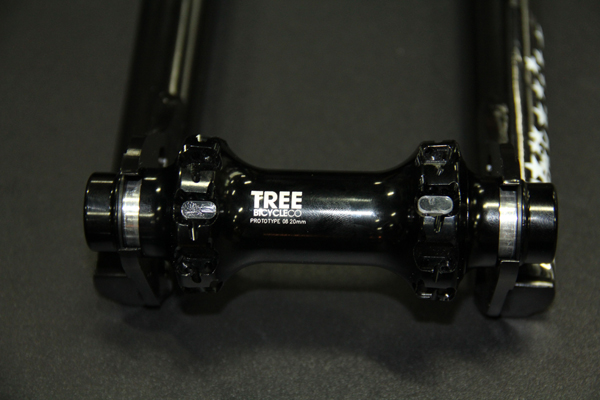 20MM, 22MM and 24MM: The bigger, beefier cranks aren’t exactly new technology. I ran some Wethepeople 22mm cranks about 10 years back. The traditional 19mm option is good, and it works, but brands have definitely put a lot of focus into how they can develop something that’s strong enough to hold up to the level of riding without over doing it with weight. We saw a few fresh 22mm crank options this year and about three or four of the 24mm options which was pretty interesting. There’s been a push to prevent cranks from bending and twisting and these are all things that will help. Things like Eclat’s oversized aluminum 22mm cranks, Fit’s 24mm Indent cranks and Profile Racing’s new 22mm Column cranks are all really good alternatives that will hold up to some serious riding. I’m sure we’ll be seeing plenty more of this in the future as well.

20MM… Alright, this is something we really didn’t see a TON of but I feel like the idea is starting to float around again. A few years back FIT and S&M offered a 20mm axle hub and female fork for freestyle, but it never really took off. Profile Racing offers a hub in 20mm for racing and DK is even specing one of their 2014 race bikes with a 20mm hub and fork.
The guys at Tree Bicycle Co. were showing off their new 20mm hub that they are working on along with a fork that accepts male or female axles. I think like cranks, brands might start putting a little more time into these bigger axles as well. Stronger without adding much weight will always be something riders are looking for. With cranks going a little bigger, maybe this will apply to hubs too?

Overall, BMX is making some really good forward progress as far as product development goes, especially with the tough times that have been lingering. I think more brand are putting focus into how they can do better versus how can we just produce something quick and easy to sell to make some money. The industry needs to protect itself by developing these things and keep the knock off brands out of the picture to help keep things growing.
I know some of the trends were predicted, and predicted fairly accurately, but I do see a lot of good in what’s hot right now and, personally, I’m excited to see where things go to because of it.

What do you guys think? What are some of the products that really impressed you? What didn’t you like? Do you disagree with what I’m saying? Let me know! I want to hear it!